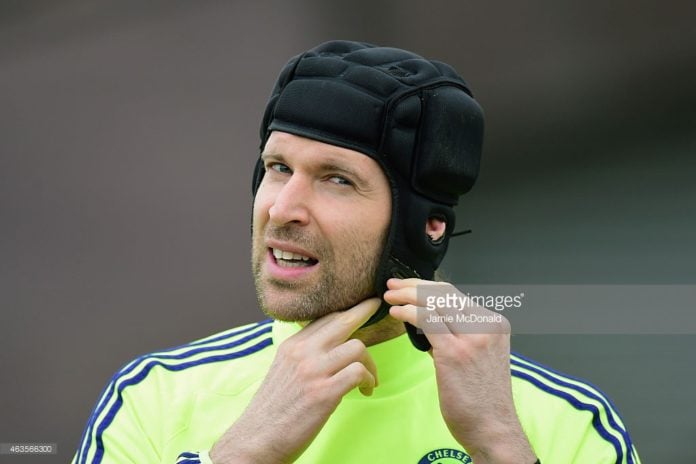 ANALYSIS | By Arsenal correspondent Tony Hughes
The last occasion Arsenal received constant reassurances from an agent about the likelihood of a high-profile player moving from a genuine rival was when they tried to sign Luis Suarez.

We all know what happened then, as the Gunners’ infamous £40million-plus-£1 bid served only to drive a wedge between them and Liverpool rather than serve its purpose of extracting Suarez from Anfield.
Two years later and Arsenal find themselves in a broadly similar boat with Petr Cech but with one major advantage. Arsenal want the player, he wants to join and Chelsea are willing to sell him. The question is; why would they allow their long-serving goalkeeper to make the short journey from west to north London?
Rewind to that same 2013 summer when they failed to sign Suarez and Arsenal were desperately trying to recruit a striker in the last hours of the transfer window.
The Gunners had agreed a deal with Chelsea for Demba Ba to join on a season-long loan only for it to be blocked at the eleventh hour by the west London club. Ultimately, they did not want to strengthen a title rival.
What is different this time? Why would the newly-crowned Premier League champions sell a top player to a team who have improved markedly in the second half of this campaign and appear equipped to challenge for next season’s Premier League?
The answer, Cech’s agent Viktor Kolar has assured Arsenal, is because Chelsea intend to allow Cech to choose his destination out of respect for his vast achievements. Owner Roman Abramovich is said to have personally told the serial trophy winner and their keeper of the last 11 years he can decide his own future.
The two clubs are in talks over a deal and, as revealed by Football Insider, Arsenal have been given permission by their rivals to discuss terms with the 33-year-old. What would be one of the sensational transfers of the window is inching closer.
Yet Arsenal are understandably wary. Memories of the aborted Ba deal run deep, as does the hostility between the two clubs during the Abramovich era. The fear is Chelsea will suddenly pull the plug.
There is certainly little trust of Jose Mourinho, who has claimed he is powerless to prevent Cech joining Arsenal but has insisted he would never allow such a transfer if it was purely up to him.

Deals between the two clubs are not out of the question, as they are between, say, Liverpool and Manchester United or Tottenham and Arsenal. But they are very rare.
Lassana Diarra was the last Blue to become a Gunner, transferring on the final day of the 2007 summer window. A year previously, William Gallas had also moved to Emirates Stadium, with Ashley Cole moving the other way.
With 12 months remaining on his contract, Chelsea will command a £10million-plus fee for Cech, who has demonstrated as deputy to Thibaut Courtois this season that his powers have barely waned.
He remains an undisputably fine goalkeeper. Arsenal are hopeful they can get him, and have been assured there will be no sting in the tail of this transfer.