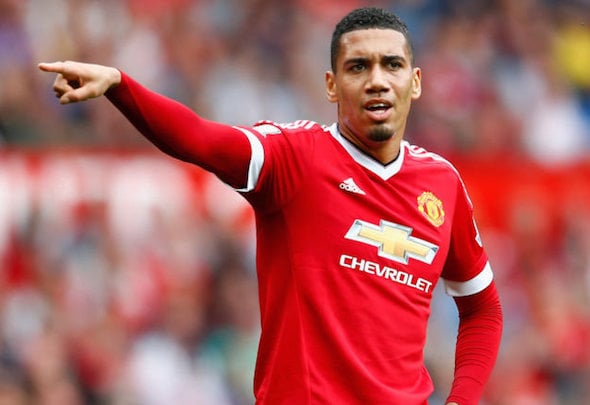 Everton should try to sign Manchester Untied’s Chris Smalling in the January transfer window in an attempt to solve their defensive frailties.

The Toffees have looked vulnerable in defence this season under Ronald Koeman and are currently only ninth in the Premier League table as a result.

Summer signing Ashley Williams is yet to show his best form at Goodison Park, while Phil Jagielka and Ramiro Funes Mori are both making too many mistakes this season.

The three centre-backs are the only senior options for Koeman and they should move for United’s Smalling to add some extra quality.

The 27-year-old is currently battling for a starting position under Jose Mourinho and is unlikely to break the new-found partnership of Phil Jones and Marcos Rojo anytime soon.

United also have the consistent Daley Blind pushing for a place and Sky Sports report that they have held talks with Benfica over a £38million move for centre-back Victor Lindelof.

Smalling will face an even tougher challenge to gain a starting place if that transfer is completed and Everton would be able to offer him regular first team football in the Premier League.

The centre-back is currently at the peak of his career and will not want to be stuck on the United bench for the rest of the season.

He has made 226 appearances for the Red Devils and had spells in and out of the starting XI.

Everton are hopeful of competing for a European spot this season under Koeman, but their defence is certainly an area that is letting them down.

Smelling could be the perfect fit for Everton and he would definitely add quality to the squad, making 29 senior appearances for England during his career.

In other Everton news, this key forward has been ruled out of the Boxing Day match against Leicester.