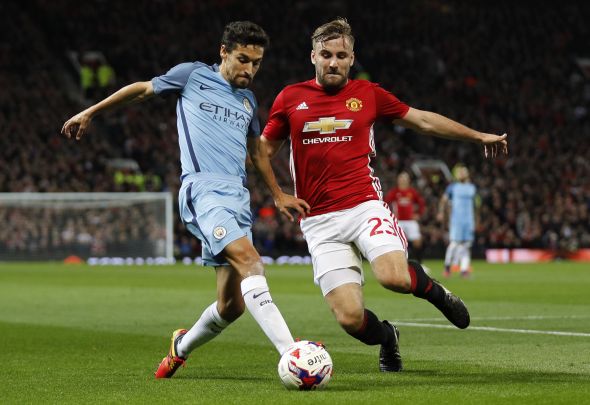 Everton should make a move for Manchester City winger Jesus Navas as he is reportedly set to leave the Etihad Stadium.

The Sun claim that City manager Pep Guardiola is set for a huge overhaul of players in the summer and Navas is one of those who will no longer have a future at the club.

The report details that the 31-year-old will not be offered a new contract and his current deal is set to expire in the summer.

The Toffees should make a move to sign the Spaniard on a free transfer as he could be a great acquisition for Ronald Koeman.

Navas is well recognised for his blistering pace and the speed demon is one of the fastest players in the Premier League.

However, he looks set to be shipped out of City after question marks over his end product during his spell.

Navas moved to Manchester in 2013 from Sevilla and has racked up 169 appearances for the club, with one Premier League title to his name.

The pacy winger has managed just eight goals and supplied 37 assists in that time, and looks set to be part of the huge exodus under Guardiola.

Koeman should hand the midfielder a lifeline in the Premier League as he could be a good fit at Goodison Park.

Navas is certainly a creative player and has not been given a good enough run out in the first-team to reach his top levels.

He managed 83 assists in 391 appearances during his time at Sevilla and Everton striker Romelu Lukaku would thrive off his delivery.

The Spaniard is not the most clinical finisher in front of goal, but would certainly add a creative spark to the side and crank up competition from places.

Koeman will certainly be looking to bolster his squad in the summer as he tries to make the Toffees compete at the top-end of the table, and the signing of World Cup winner Navas would be a big statement of intent.

In other Everton transfer news, the club’s talks with their 23-year-old have stalled and put Chelsea on high alert.