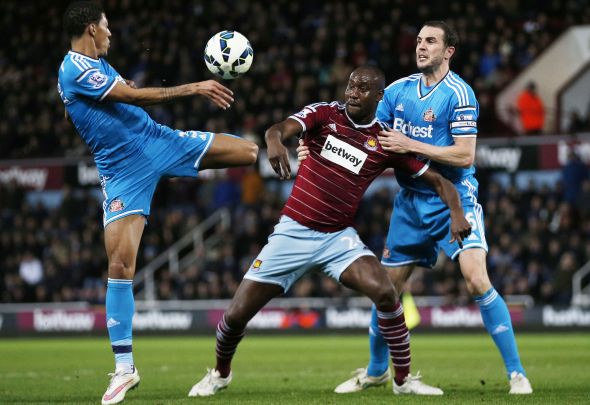 Leeds should take a punt on free agent Carlton Cole and get him signed up this month to spearhead their promotion push.

The 33-year-old has been out of contract since he left third-tier American side Sacramento Republic in October 2016 and returned to former club West Ham to train a month later, but has been unable to find a new club since.

The Whites should hand Cole a lifeline by offering him a short-term deal until the end of the season as he could help them fight for promotion.

The Yorkshire club are currently occupying a play-off position in the Championship and manager Garry Monk has transformed them into promotion candidates since he joined in the summer.

Striker Chris Wood has been the talisman behind the club’s success this season and he has scored 19 goals across all competitions.

However, Monk’s side do have issues in the attacking department as their next highest goalscorers are Kyle Bartley and Souleymane Doukara (four each).

Leeds would be in a major trouble if Wood picked up an injury, with Doukara, Kemar Roofe and Marcus Antonsson not good enough to lead the line in a Championship promotion push.

The Whites need to make a forward signing a priority and will find it difficult to wrap up a deal in the reminder of the Championship, but that is why free agent Cole could be a perfect solution.

The club have also been linked with another veteran free agent in recent days, Robbie Keane, but Cole is younger, more mobile and, ideally for penny-pinching Leeds, likely to be cheaper.

The former England international is blessed with great experience and would certainly help out some of Leeds’ youngsters in the dressing room.

He also has 51 goals in 290 appearances in the Premier League and that knowledge would be a vital asset to the side.

Cole may be seen as a punt by some supporters as he has lacked game time during recent season, but would be a decent option for Monk to pursue to help the club’s promotion ambitions.

In other Leeds transfer news, Monk has delivered his verdict on the club’s forward speculation.