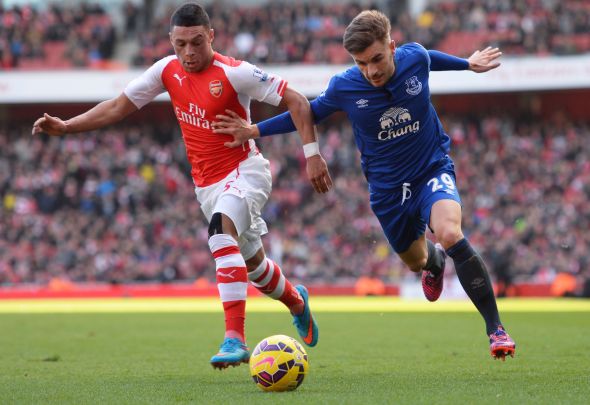 The 23-year-old would be a great addition to the Whites squad for next season and they may need a replacement for left-back Charlie Taylor, whose contract is set to expire at the end of this campaign.

He is currently on loan at Championship side Wigan and has fallen down the pecking order at Everton recently, with ever-present Leighton Baines the preferred option at left-back.

The Merseyside club have loaned him out to the likes of Cheltenham, Colchester, Fulham and now Wigan, with the full-back failing to break into the Toffees first team.

However, Garbutt does still have great potential and is an attack minded left-back that could improve the Leeds starting line-up.

He began his career at Elland Road as a youngster and a potential loan move could suit both parties.

The defender has made 12 appearances so far during his time with Everton and also has represented England at Under-21 level.

Garbutt would be able to slot slot straight into the starting line-up and fits the mould of a Garry Monk signing.

Leeds appear to have just missed out on the play-offs this season, but should be looking to build upon their form and mount another promotion push next year.

They will need a new full-back option and Garbutt would be able to fill the void left by Taylor.

In other Leeds transfer news, an attacking duo are heading to a Premier League club within weeks.