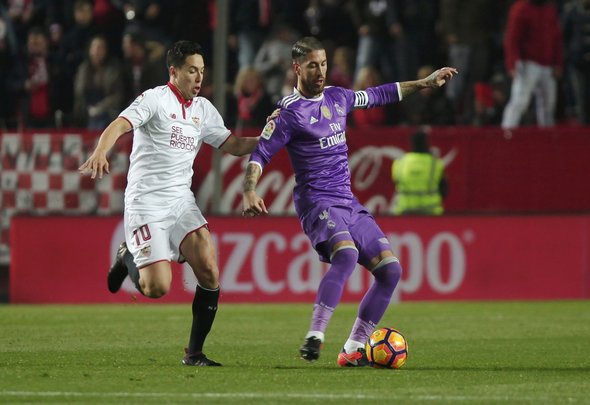 West Ham should consider a move for Samir Nasri from Manchester City as he is reportedly available for a summer exit.

The Sun claim that Man City are looking to offload the 29-year-old playmaker as he does not feature in the plans of manager Pep Guardiola.

It is understood that they are looking to recuperate £16million for his services, but could now lower the asking price to just £12million to attract more suitors.

The report details that the Frenchman is currently on a huge £150,000-a-week wages and that has put off many clubs.

Nasri is believed to be interested in a return to La Liga where he spent last season on loan, but could also be open to a move to another Premier League club.

West Ham should plot a raid for the attacking midfielder as he could be a brilliant addition to the side for just £12million.

He has been written off by many people after a dip in form during recent years, but it was not that long ago that he was considered one of the top players in the Premier League.

The midfield maestro has shown his qualities during stints with Man City and Arsenal in the Premier League and would help add some extra creative flair at the London Stadium.

Nasri has made 215 appearances in the top flight, scoring 36 goals and supplying 42 assists in return.

West Ham fans always love a creative icon in their side and will be desperate for a replacement to Dimitri Payet, something that Nasri could emulate if he recaptures his best form.

In other West Ham transfer news, they are plotting a move for a Premier League forward.