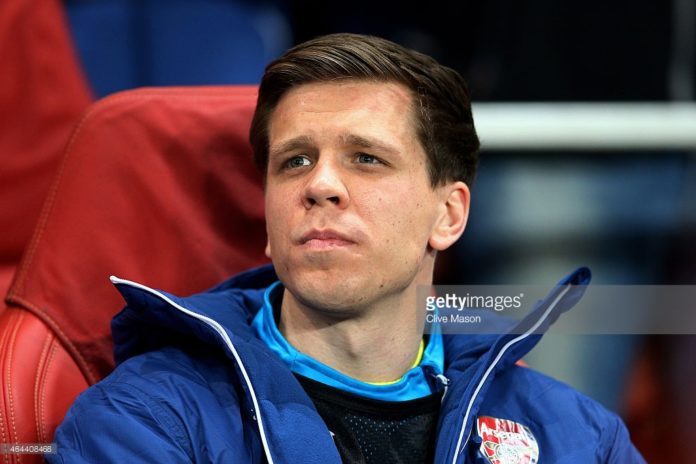 EXCLUSIVE | By Arsenal correspondent Tony Hughes
Wojciech Szczesny has told Arsene Wenger he wants to stay and fight for his Arsenal place despite the capture of Petr Cech, Football Insider sources understand.

The Polish goalkeeper had a recent meeting with Wenger in which he was  of the likely signing of a new No1 and that he was free to find a new club.
Sources have told Football Insider that Szczesny rejected the manager’s invitation and told him he wants to battle Cech for a first-team spot next season.
David Ospina, who ended last season as the regular Arsenal goalkeeper, is now expected to leave Emirates Stadium just a year after joining from Nice. The Colombian has a number of offers on the table from overseas clubs.
Wenger does not want three senior keepers at Arsenal and still has hopes that Szczesny, 25, can develop into a consistently top-class shot-stopper.
At the end of last season, it was understood that the Poland international had been ‘kicking up a fuss’ behind the season at London Colney after slipping down the club’s goalkeeper pecking order over the previous six months.

He then told friends that he wants to quit this summer but has had a change of heart after being given the nod over Ospina for the FA Cup final.
Szczesny appreciated the loyalty of manager Arsene Wenger, who played the long-serving Pole in each of the final five rounds of the competition despite selecting Ospina in the Premier League.