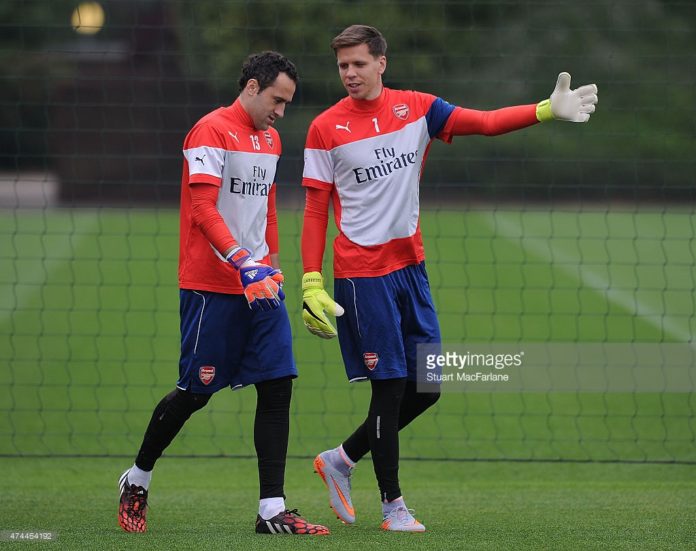 The Serie A club finalised the terms of the deal during extended talks with their counterparts from Arsenal on Wednesday.
Szczesny will now fly to Italy to undergo medical tests and complete the formalities of his transfer.
Football Insider understands that the Italian side will pay a loan fee for Szczesny and also have an option to buy him at the end of the 2015-16 season.
Szczesny sanctioned his agent to find him a new club following a change of heart inspired by the early weeks of the Gunners’ pre-season programme.
Football Insider revealed that Wenger told Szczesny in a meeting at the end of last season that Petr Cech was likely to join and he was free to find a new club. The Pole initially rejected the manager’s invitation and told him he wanted to battle Cech for a first-team spot next season.
But Szczesny made a U-turn following Arsenal’s pre-season tour of Asia, where his new status became abundantly clear.
Arsene Wenger still has hopes that Szczesny, 25, can develop into a consistently top-class shot-stopper which is why he will leave the door open for him to return to Arsenal.
But the Gunners manager is content for the Pole to leave Emirates Stadium, temporarily at least, and for Colombian David Ospina to deputise for new No1 Petr Cech.
At the end of last season, it is understood that the Poland international had been ‘kicking up a fuss’ behind the scenes at London Colney after slipping down the club’s goalkeeper pecking order over the previous six months.

He then told friends that he wanted to quit this summer but stopped short of asking to leave after being given the nod over Ospina for the FA Cup final.
Szczesny appreciated the loyalty of manager Arsene Wenger, who played the long-serving Pole in each of the final five rounds of the competition despite selecting Ospina in the Premier League.