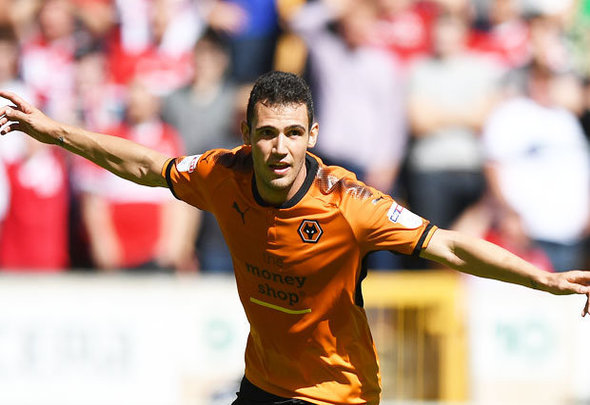 Wolves are prepared to part with a record fee of £20million on turning Leo Bontini’s loan spell at Molineux into a permanent one from Al-Hilal in January, according to a report.

TeamTalk claims that the West Midlands club are ready to splash the cash after Premier League clubs were alerted to Bonatini’s form in the Championship this season that has seen him score 10 goals in his first 16 league games.

It is understood that money “is not an issue” for the club’s Chinese owners Fosun, who are prepared to hand the Brazilian forward a “lucrative” long-term contract and Al-Hilal whatever they want to ensure that he commits his future to Molineux.

Bonatini arrived at Wolves on loan from Saudi Arabian side Al-Hilal in the summer and has instantly hit the form of his life under the leadership of Nuno Espirito Santo.

Only 11 clubs in English football have ever spent more than £20million on a player, let alone in the Championship, in which the current record transfer was that of Ruben Neves to Wolves in the summer for £15million.

If Wolves get this deal done then they would have to ensure that Premier League promotion is achieved. If they miss out on it, there could be serious financial implications down the line, and that sort of pressure will no doubt test the mettle of Nuno and his squad. Wolves have had a good start and look good to win the Championship title, but there is still a long way to go. Foreign owners have seen this kind of investment backfire heavily in the past so it will be interesting to see where this goes. Bonatini has started well but is he a £20million striker who can score regularly in the Premier League? That’s the big question.

In other Wolves news, the club are also prepared to make an eight-figure swoop for this attacker in January.