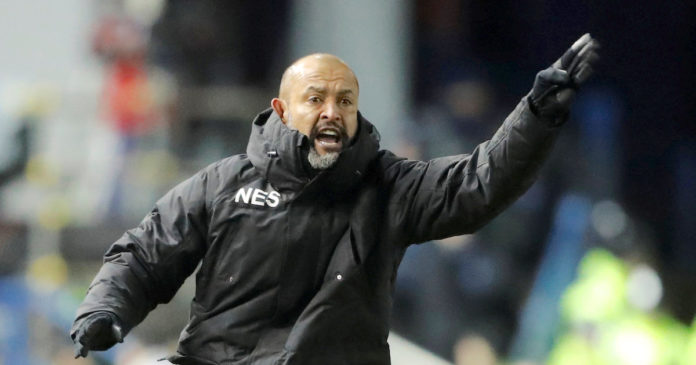 Wolves are reportedly in talks with Portuguese giants Benfica about signing Raul Jimenez on loan and he could be a perfect addition to Nuno Espirito Santo’s side.

The Daily Mail reports that the Championship title winners are in discussions about taking the 27-year-old to Molineux for the 2018/19 campaign.

They are stepping up their preparations ahead of a return to the Premier League and improving their options in the final third should certainly be a priority.

Wolves do have an abundance of talent in wide areas, but could do with some more ammunition in the central position to compete with Benik Afobe and unproven talent Rafa Mir.

Jimenez should tick a lot of boxes for the West Midlands club when it comes to find a new striker and using him on loan from Benfica makes sense.

The Mexico international, who has been included in his nation’s World Cup squad this summer, has the potential to succeed in England during a first taste of the Premier League.

He is a powerful striker that can be deployed as a target man and that would allow Wolves’ electric wingers to work off him.

The centre-forward is also technically gifted and managed eight goals plus seven assists for Benfica in the 2017/18 season.

Nuno is going to need some serious squad depth if his team are to hit the ground running in the Premier League and the potential addition of Jimenez could turn out to be a real gem.