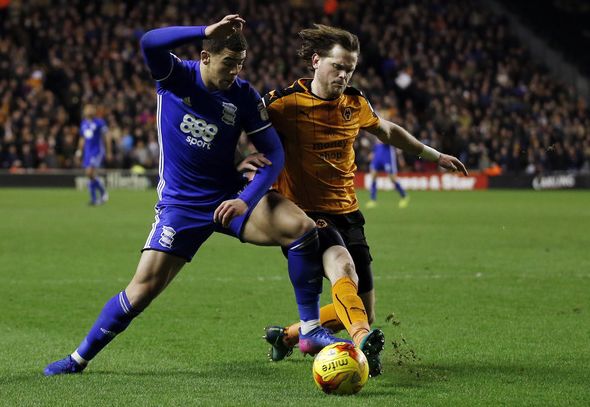 Wolverhampton Wanderers defender Richard Stearman has issued an emotional message to fans as he prepares to quit the club.

The 29-year-old is set to return to Championship rivals Fulham, having reached the end of his season-long loan spell.

Wolves had confirmed on their official website last week that they would not be pushing to extend the stay of the club favourite, who had previously spent seven years at Molineux.

Stearman made 21 appearances in all competitions on his return to the club this season, contributing to an overall total of 254 appearances for the club.

But with the long-serving defender set to quit the club for a second time, Stearman has bid an emotional farewell to fans, admitting Wolves had been a ‘great part’ of his career, and that he ‘wouldn’t change it for the world’.

He told the Express & Star: “It’s been great to come back this year and get a crack at putting on the shirt again. I think I’ve played some of my best stuff in a Wolves shirt.

“I’m gutted it’s come to an end – it was never going to last forever and it would have been great to extend it but that’s football. It’s upsetting but that’s the way it is.

“Playing for Wolves has been a great part of my career. I wouldn’t change it for the world.”

Stearman initially struggled to break into the first-team setup at Molineux under manager Walter Zenga at the start of the season.

He was handed just four appearances under his stewardship, before the Italian chief was dismissed from his post at the end of October.

His successor Paul Lambert, meanwhile, took much more of a liking to Stearman, handing him 17 appearances over the remainder of the campaign.

In other Wolves news, the club are in talks to sign this attacker with Premier League experience.