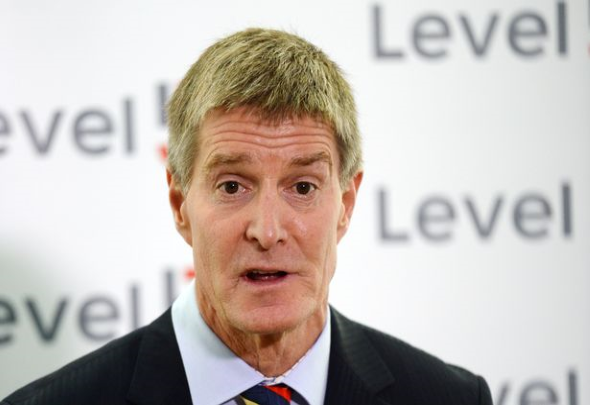 Rangers legend Richard Gough has revealed he is disappointed by the “attack” on manager Graeme Murty by senior stars Lee Wallace and Kenny Miller – and wonders what young stars such as Ross McCrorie and Greg Docherty must be thinking after seeing key dressing room members conduct themselves in that way.

Wallace and Miller have since been suspended by the Ibrox giants pending an internal investigation with neither player likely to play for the club again.

Gough also thinks the duo wouldn’t have tried a similar attack on legendary Ibrox managers Walter Smith or Graeme Souness – and thinks it was “unfair” on Murty.

“I would’ve liked to have seen Miller and Wallace try that with Graeme Souness or Walter Smith,” Gough said, as quoted by the Daily Record.

“I don’t think that would have happened. Their course of action was very unfair on Graeme.

“I know from bitter experience they were wrong. I undermined Andy Roxburgh and Craig Brown in a book once by speaking about our poor relationship and it was a huge mistake. I regret it still and should have kept my own counsel.

“An attack on the manager disappoints me because I look at younger players in that dressing room such as Ross McCrorie, Declan John and Greg Docherty and wonder what they must be thinking.”

Miller’s contract is up at the end of the season while Wallace’s comes to an end 12 months later and the captain is almost certain to be told to find a new club.

Neither featured in the 4-0 defeat by Celtic with Miller an unused substitute and Wallace unavailable through injury after pulling out 24-hours earlier.

Regardless of anyone’s thoughts on Murty, there is a way the players should be conducting themselves and it is clear both have fallen well short. Both should also know far better being senior pros who have been at Ibrox longer than anyone else on the playing staff. The younger guys like McCrorie, John and Docherty will look up to senior pros and that isn’t the sort of positive example that should be set for them. Miller and Wallace are both well aware of that – which only makes their Hampden bust-up even more incredible.