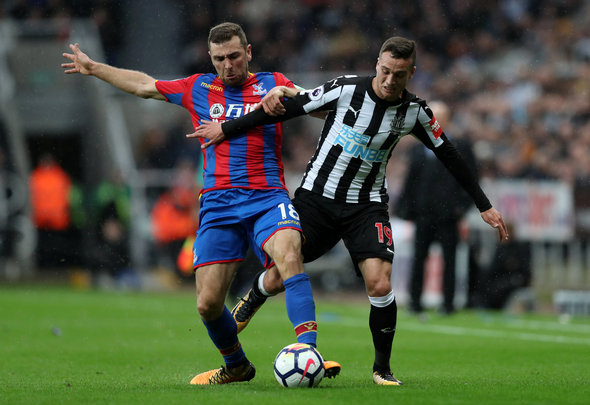 Newcastle fans were left thrilled with the performance of defender Javi Manquillo on social media during the first half of their clash with Everton on Wednesday.

The Magpies went into half time 1-0 down thanks to a goalkeeping error from Karl Darlow, spilling the ball after a save which allowed Wayne Rooney to poke in from close range in front of the St James’ Park.

We even have Javi Manquillo whipping out the nutmegs. World beater! #nufc

Manquillo has taken on his man 2-3 times now and won every time. Looking good. Just can't quite get to making that cross happen. #NUFC

Big roar from the Gallowgate as Newcastle carve out their first real attract. Fantastic work from Manquillo and Ritchie. #NEWvEVE

The summer signing, who is a versatile full back able to play on either flank, has been a regular for the Magpies this season, making his 14th appearance of the campaign against the Toffees, having been left on the bench for just three games by manager Benitez.

He spent last season on loan for Newcastle’s fierce rivals Sunderland, making 22 appearances for the Black Cats, but was unable to save them from relegation, as they took the Magpies’ place in the Championship following Benitez and his men picking up the second tier title.

In other Newcastle United news, there has been a revelation about this relationship between two key figures.