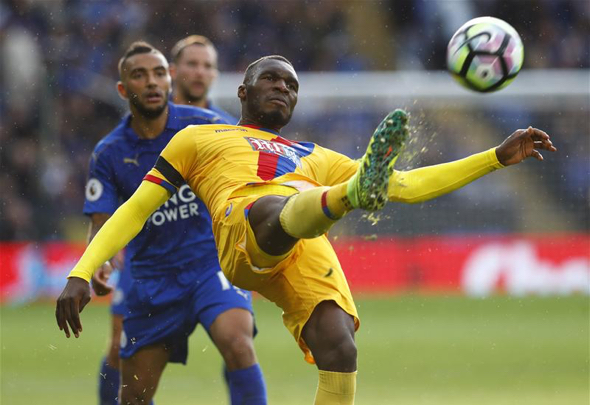 Crystal Palace manager Roy Hodgson has confirmed that striker Christian Benteke is fit to face Everton in the Premier League on Saturday.

The 26-year-old has been out of action since suffering knee ligament damage in the 5-0 defeat to Manchester City in September.

The Palace boss revealed that Beneteke has returned to training and could play against the Toffees at Selhurst Park.

“Christian Benteke trained in the week. I don’t think it’ll be a risk playing Christian [against Everton],” he said, as quoted by the Evening Standard.

The former Liverpool striker scored 15 Premier League goals for Palace last season and has been a big miss for Hodgson’s side this campaign.

This is worrying news for Everton fans, who will be hoping their side can build on the thrilling 3-2 win over Watford before the international break.

Palace are bottom of the Premier League table having lost nine of the first 11 matches. Their only Premier League victory has come against the champions Chelsea.

They became the first Premier League club to sack their manager this season when Frank de Boer was dismissed after losing his first four league games without scoring a goal.

This opened the door for former England boss Hodgson, but so far he has been unable to lift the club out of the bottom three.

Meanwhile, Everton are looking for a manager of their own after Ronald Koeman was sacked last month. Caretaker boss David Unsworth has won one of his four matches in temporary charge.

In other Everton news, this Sky Sports pundit has predicted where the club will finish in the Premier League this season.