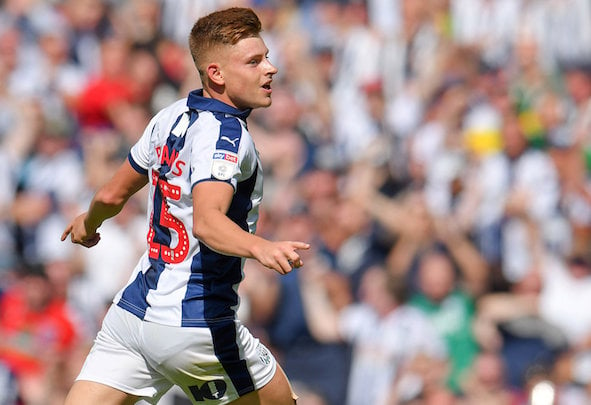 Harvey Barnes is a “brilliant” player who took West Brom to a new level when he lit up the Championship in the first half of the season.

That is according to ex-Leeds United and Coventry City striker Noel Whelan, who named Barnes as third in his Championship player of the year list even though he returned to parent club Leicester City in January.

The 21-year-old scored nine goals and supplied eight assists in 28 appearances for West Brom before establishing himself as a regular starter at Leicester in the second half of the campaign.

Speaking exclusively to Football Insider, Whelan is in no doubt that Barnes is destined for big things at the highest level.

“He was brilliant at West Brom when he was there,” Whelan said. “It was a shame they had to lose him as he made the difference when he was in the side. I loved watching him play and thought, ‘wow, what a player’.

“He has pace, power, technique, can run with the ball and has desire and hunger. He is what you want from a winger. He is box to box, and can do the defensive side as well.

“You can tell how good he is by the fact he has gone back to Leicester and is now doing it, and looking fantastic, in the Premier League.” The England Under-21 international has been spoken highly of by manager Brendan Rodgers, who regards him as a key player for the club over the coming years.

Whelan’s Championship player of the season: