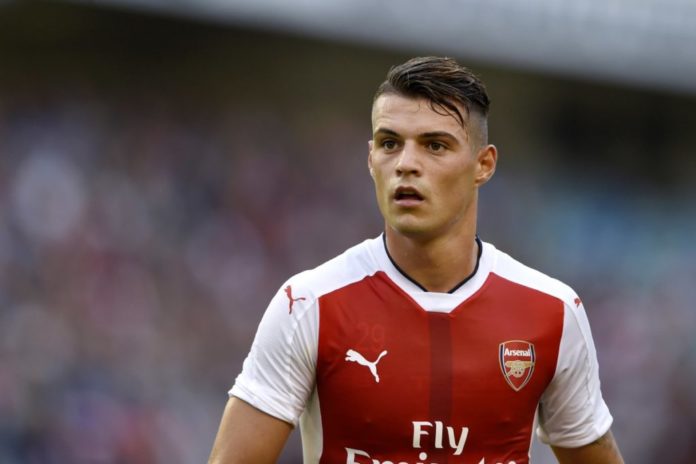 Arsenal star Granit Xhaka has admitted that former Real Madrid ace Zinedine Zidane is his favourite player of all time.

Xhaka, 24, joined the Gunners this summer from Borussia Mönchengladbach and operates in the same central-midfield position as Zidane.

The former France international is regarded as one of the greatest midfield players of all time and was famed for his quick feet and perfect ball control.

“I liked looking up to Zinedine Zidane,” Xhaka told the Arsenal Twitter account. “He played in the same position as me and he really fascinated me with the way he played.

“His style and his calmness, that’s why I looked up to him.”

Time for one more…

@Evie_Elf_ wanted to know who Granit's favourite player of all-time is – here's the answer pic.twitter.com/7GRmhZoNCO

Xhaka has impressed in his short time in north London and has already demonstrated his composed mentality and long-range shooting ability under Arsene Wenger.

The Germany international has bagged two goals in nine matches for Arsenal this season across six Premier League, two Champions League and one EFL Cup encounter.

The midfield ace has seen his side make a positive start to their domestic camping this term having picked up 16 points from seven matches.

The Gunners take on Swansea, Ludogorets and Middlesbrough all within seven days after the international break as they strive for their first piece of silverware since the 2014-15 FA Cup.