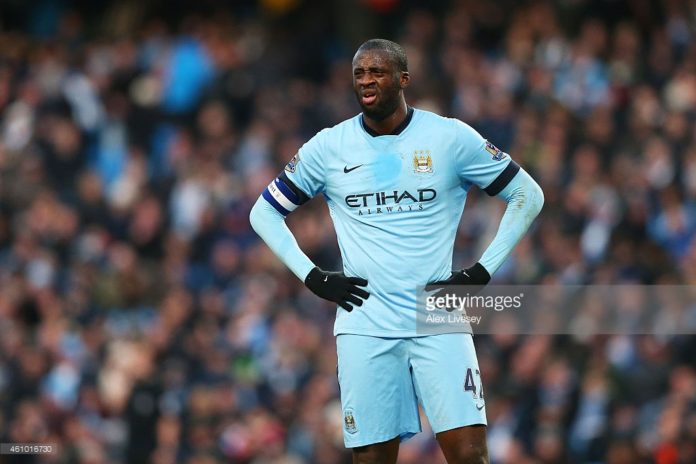 By Manchester correspondent Alex Stevens
Yaya Toure will tell Manchester City in the coming days that he wants to leave the club and join Inter Milan, Football Insider sources understand.

The Italian club have been working on a deal to sign Toure for months and are increasingly hopeful of adding him to Roberto Mancini’s squad this summer.
As revealed by Football Insider on Monday, Inter are ready to make a formal move for the Ivory Coast international by submitting a £14.5million bid to City. The two clubs have already held preliminary negotiations about a deal.
Inter are willing to hand Toure a three-year contract worth £83,000-a-week after taxes, equivalent to £160,000-a-week.
The Italian club have made no secret of their admiration for Toure and desire to reunite him with Roberto Mancini, his former manager at Etihad Stadium.

Football Insider reported in March that the Premier League outfit are willing to listen to offers for Toure as they undertake a radical overhaul of a squad that has failed to live up to expectations this season.
Toure has two years remaining on his City contract but he turned 32 last week and the club are keen to free up space on their wage bill by releasing one of their top earners.
It is understood that the 2012 and 2014 English champions are ready to embark on a world record spending spree of around £220m this summer to provide the manager with a squad that can win the Premier League and the Champions League.