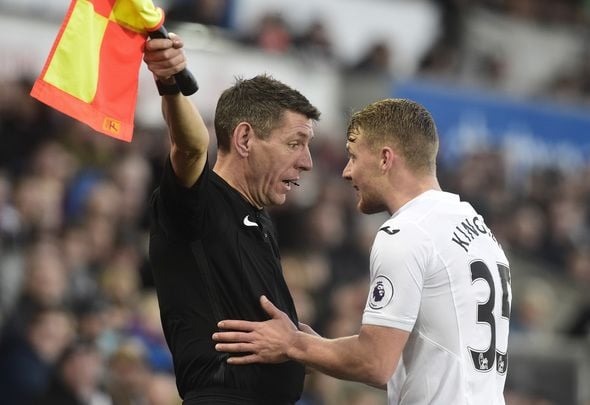 Thomas Christiansen would finally solve his Leeds problem area at left-back by pipping Hull City to the signature of Swansea left-back Stephen Kingsley.

The Sun’s transfer expert Alan Nixon claimed on his personal Twitter account that the 23-year-old defender is interesting relegated side Hull ahead of a possible loan move.

However, it is said that Kingsley has not yet been encouraged to make such a move despite Hull asking Premier League side Swansea over Kingsley’s availability. A Falkirk youth player, Kingsley joined Swansea in the summer of 2014 after making 108 appearances in all competitions before even turning 20.

Swansea’s number 35 broke into the Swansea side during the second half of the 2016-17 season, making 13 Premier League appearances after the Swans sold Neil Taylor to Aston Villa.

Leeds have already made nine first-team signings this summer including permanent deals for Pontus Jansson and Hadi Sacko, but are expected to continue to mould their new-look squad.

Football Insider examines three ways in which signing Kingsley would ease one of Thomas Christiansen’s main concerns, with a 21-year-old not considered ready for first-team football: