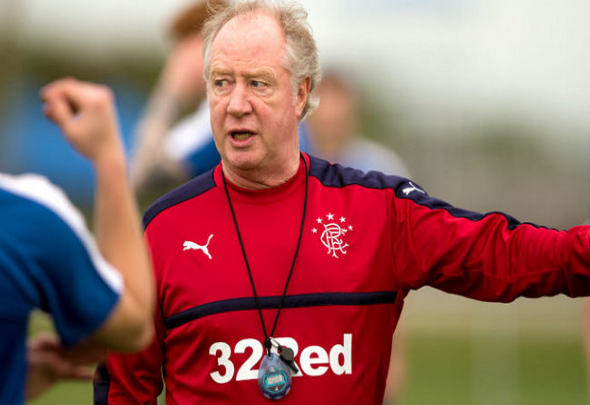 Jimmy Nicholl has blasted Rangers’ performances in the recent Old Firm thrashings by Celtic – but thinks his players showed “character and desire” to come back from a goal down to salvage a point against Aberdeen on Tuesday night.

The Light Blues lost 4-0 then 5-0 to their bitter rivals as Graeme Murty’s reign as manager ended in disaster, leading to Nicholl being given control for the final three games of the season.

The Northern Irishman admitted he “can’t defend” the two recent Old Firm performances but think his side rallied well after a poor first-half at Pittodrie against Derek McInnes’ side.

“Character and desire are the words. That is what you are looking for in players all the time. Whatever has happened has happened in previous games and in the first half,” Nicholl said, as quoted by the Daily Record.

“You can’t defend that. You just wonder why.”

Despite Nicholl thinking the players showed “character and desire” against Aberdeen in the second-half, the reality is they simply weren’t good enough and passed up a golden opportunity to overtake the Dons in the race for second in the Scottish Premiership. Some of Nicholl’s comments in the wake of the 1-1 draw have been a bit off and this is another that seems a bit wide of the mark from the 61-year-old. Rangers will now need to hope for a favour from bitter rivals Celtic if they are to overtake the Dons – as well as getting a result against Hibs at Easter Road – and Nicholl’s side will need to show much more “character and desire” than was on show against Aberdeen on Tuesday night. Gers fans must already be counting down the days until Steven Gerrard arrives and takes charge of his first managerial role and hopefully brings a bit more of a winning mentality to Govan.