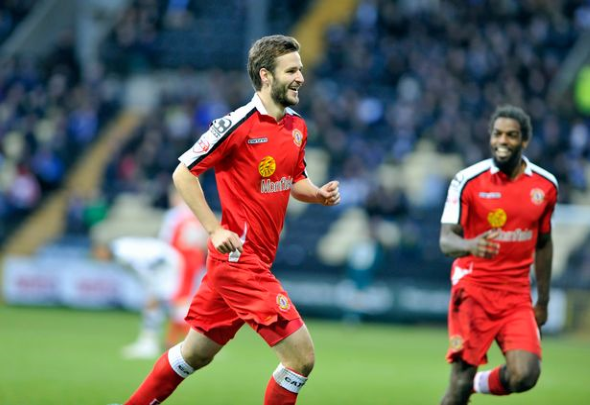 Former Rangers midfielder Jamie Ness has revealed he never realised at the time how “big” scoring in an Old Firm game was when he scored against Celtic in a 2-2 Scottish Cup thriller at Ibrox in 2011.

The then-19-year-old was making only his 10th appearances for the Gers when he was pitched into the Ibrox clash before lashing home a goal that is still regularly shown in highlight packages seven years on.

Ness would go on to leave the Gers a little over a year later and join Premier League side Stoke City and admits thinking at the time that it was just another goal.

“You don’t realise how big a goal like that was at the time,” Ness said, as quoted by the Evening Times.

“You are just a kid so you think ‘great, I have scored a goal’ but it was so much bigger than that. It keeps popping up on things like ‘Old Firm memories!’ It wasn’t a bad one to start me off, even if expectations were too high after that.”

The midfielder has since moved on to join League One Plymouth Argyle after failing to make the grade at Stoke following loans with Leyton Orient and Scunthorpe.

Ness was one of a number of players who refused to transfer their contract to Charles Green’s newco and left the club under TUPE legislation in the summer of 2012.

Ness’ strike was an absolute screamer and will likely continue to be shown on highlight clips for years to come, although for a Scottish player to fail to realise how big an Old Firm goal could be – particularly as a boyhood fan – is a bit odd. The 27-year-old’s injury problems have seriously hampered what looked to be a promising career although few Gers fans will have a shred of sympathy of Ness after the way he left the club. Ness may think expectations on him were “too high” at Ibrox but it is part and parcel of playing for a club the size of Rangers and being a success.