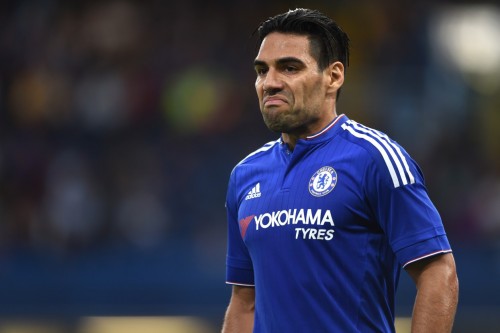 By Chelsea correspondent Tony Hughes
Radamel Falcao is a loan target for Zenit St Petersburg, Football Insider sources understand.
Former Chelsea manager Andre Villas-Boas is keen on reuniting with the Colombian striker in the January transfer window.
Villas-Boas made a move for Falcao last summer but the player was priced out of the Russian club’s range by his club Monaco.
However, the 29-year-old has struggled to make an impact at Chelsea, following up a disastrous season at Manchester United by scoring just a single goal to date as understudy to Diego Costa.

Villas-Boas and Falcao had a highly productive season together at Porto, where they enjoyed an undefeated treble-winning season in 2010-11.
A January move would also reunite Falcao with the Brazilian ­striker Hulk. The pair scored 74 goals between them in one season at Porto.
Falcao is on a season-long loan to Chelsea and that agreement would have to be cancelled to allow him to move to Russia.
Since tearing a cruciate knee ligament that ruled him out of the 2014 World Cup, Falcao has struggled to recapture the form that made him one of the most feared marksmen in the world.
He has scored just five competitive goals during his two loan spells in England.