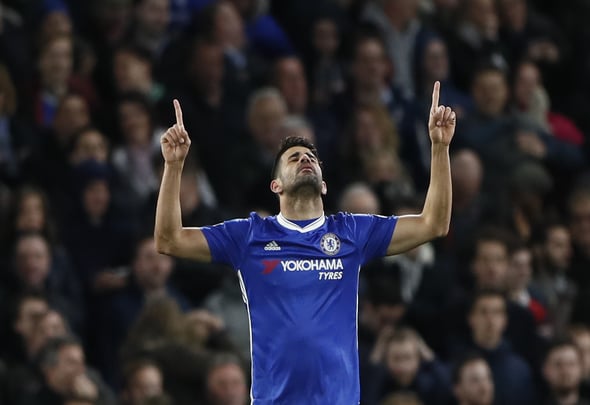 Liverpool legend and Sky Sports pundit Graeme Souness has claimed that if Diego Costa stays at the club he could prevent the club from retaining their Premier League title.

Chelsea boss Antonio Conte has had a number of public disagreements with the 28-year-old forward after apparently text messaging the star to say that he wasn’t part of the manager’s plans for the 2017/18 campaign.

Since the disagreement, Costa has made it clear that he doesn’t plan on staying at Stamford Bridge much longer after he sat out of the club’s pre-season tour to Asia and trained separately from his team mates.

With Atletico Madrid unable to make any signings until January 2018 due to an upheld transfer ban it means the Spaniard could be staying in London until his move back to his home nation.

Souness, the former Scotland international turned TV broadcaster, has said that the centre-forward could destroy Conte’s hopes of retaining the Premier League title if they don’t sell him within the next few months.

He said: “Costa now poses a threat to his manager’s chances of successfully defending the title.

“If Chelsea can’t move Costa on in the next few months it will require the senior players to bring him into line before it gets ugly,” he wrote in his article for The Times.

“I would be looking to the likes of Gary Cahill and Cesc Fabregas — established players with a good command of English.

“That’s how dressing rooms should be run: the senior pros take care of small problems before they become headaches that distract the manager from doing his job,” Souness added.

Since joining Chelsea back in 2014 the Spain international has scored a staggering 64 goals and provided 22 assists throughout his 120 appearances, but Conte has signed Alvaro Morato to step into Costa’s boots.

Conte worked with Morata at Juventus and will be trusting the forward to deliver goals consistently throughout the season, especially as the Blues boss spent £60 million on the Spaniard.

Chelsea face Arsenal in the Community Shield on Sunday before hosting Burnley in their opening game of the Premier League season.