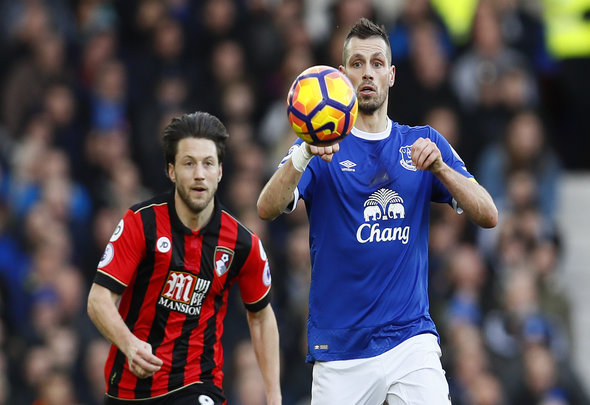 Everton fans took to social media to fume over David Unsworth’s decision to play Morgan Schneiderlin against Southampton on Sunday.

Fans were left unhappy with many posting gifs showing their disgust at the player starting for caretaker manager Unsworth.

The Toffees go into the game with Southampton with only 12 points from 12 games which has left them 16th in the Premier League.

Everton also suffered a heavy 5-1 defeat courtesy of Atalanta on Thursday in the Europa League. It’s left their fans in a bad mood and they took most of their anger out on the midfielder when they saw him named in the starting XI.

The 28-year-old has played 16 times across all competitions for Everton this season, without registering an assist or grabbing a goal.

The midfielder has been with the Toffees since January 2017 when he made the move from Manchester United.

Here are some of the best reactions from Everton fans ahead of the crucial Premier League fixture:

Schneiderlin is far to SLOW , get rid in january

In other Everton news, Robbie Savage believes that this is the manager that the Toffees must get.