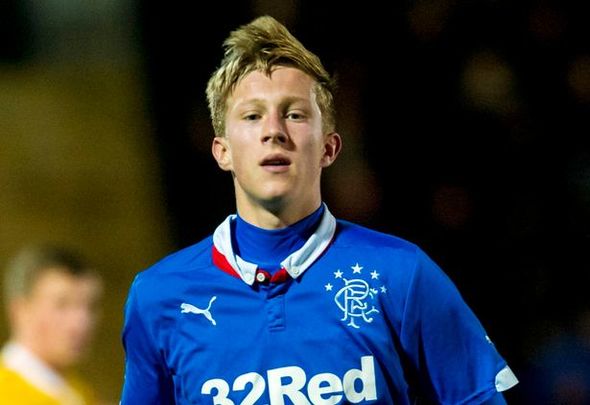 The 18-year-old centre-back is currently on loan with Scottish Championship side Dumbarton until the end of the season.

He is working with former Gers youth coach Ian Durrant at the club and has made three substitute appearances for the second tier side after joining in January.

The player clearly has some faith in his ability and on Thursday afternoon during a question and answer session on official Gers youth twitter page he revealed that he felt he was ready for the Ibrox giants’ first team.

Ross – I think I am ready now but it is up to the gaffer https://t.co/vVhgv9OHUz

McCrorie has worked his way through the Rangers youth system and has previously captained the Under-20s team.

He has also spent a loan spell in Scotland’s League One with Ayr United in 2016, where he appeared 15 times, scoring two goals while also providing two himself.

The Scotland Under-21 international’s next goal will be to make his first team debut for Rangers and with Pedro Caixinha coming into the club he may find more opportunities in the senior team.

In other Rangers news, here are three Gers men who could follow Mark Warburton to Nottingham Forest.