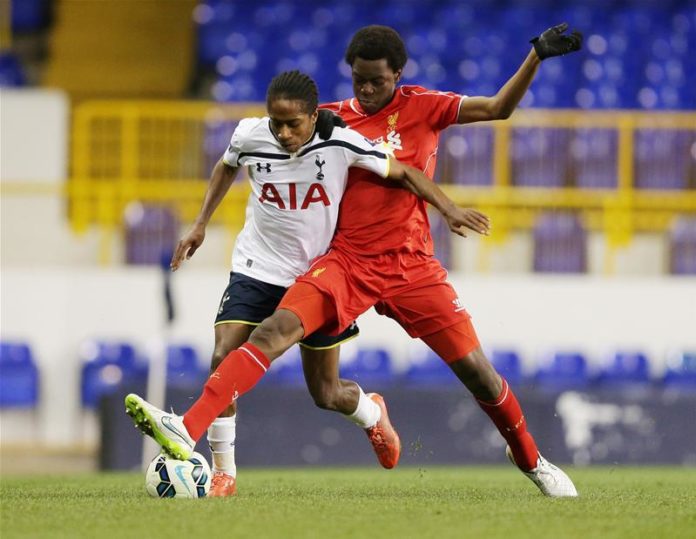 Wonderkid Ovie Ejaria was handed a shock start for Liverpool in their preseason clash against Wigan on Sunday afternoon.

The 18-year-old starlet has been given the chance to impress Jurgen Klopp in a starting XI that also includes Philippe Coutinho, Roberto Firmino and new signing Sadio Mane.

The former Arsenal player joined Anfield from north London two years ago and is highly regarded by those in the know at Liverpool.

The London born prodigy can play a both an attacking midfielder and as a winger.

The midfielder spent nine years with the Gunners before his switch to Merseyside and will be hoping to break into the first team and become a regular starter in the 2016-17 Premier League season.

The youngster has featured just 11 times for Liverpool since his move, playing in the Under-21 Premier League, the UEFA Youth League and the FA Youth Cup.

Liverpool started their pre-season fixture-list in the best possible fashion after a ruthless finish from the returning Danny Ings gave Klopp’s side a 1-0 against Tranmere, before following that up with a 5-0 win against Fleetwood Town four days ago.

Liverpool’s line-up for the fixture:

In other Liverpool news, the Reds are close to wrapping up three new signings, according to a reliable Merseyside journalist.