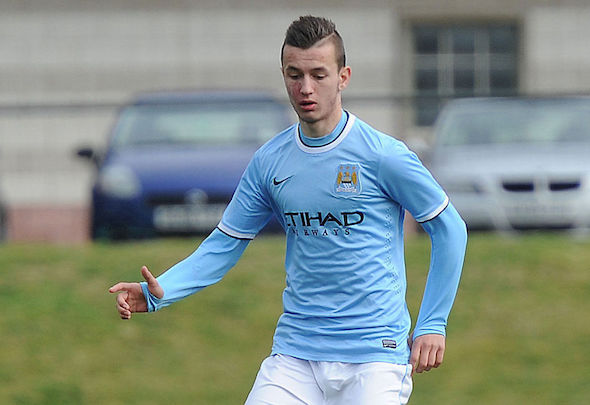 Manchester City youngster Bersant Celina has revealed that he is set to join a Championship club this summer and has named Leeds as a possible destination.

The 20-year-old attacker has explained that the trio of Leeds, Ipswich and Bolton are in the race to capture his signature.

He is a highly-rated talent at the Etihad Stadium and impressed last season on loan at Dutch club FC Twente, but is now set to gain experience in English football.

Celina detailed that he is planning his next loan move and it’s expected to be to one of three clubs in the Championship.

“The plan is to play in the Championship. I’m going to try to find a club there. It will be one of them [Leeds, Ipswich or Bolton] Then we’ll see,” Celina told Norwegian outlet NRK.

Celina made 28 appearances last season during his time with FC Twente, scoring five goals and supplying five assists in return.

The versatile attacker was an ever-present in the starting line-up and can play either on the left, right or the central position behind the striker.

He has been a regular in Man City’s youth teams throughout his development and has made four senior appearances so far, with one of them coming in the Premier League against Leicester in the 2015/16 season.

Leeds should hope they can win the battle to sign Man City talent Celina, who has the potential to take the Championship by storm next season. The playmaker has been tipped for big things at the Etihad and proved during his time in the Dutch top flight that he can be influential in front of goal. A loan move to an English club is a good next step in his career and he will be desperate to impress senior manager Pep Guardiola. Celina would be a massive boost to the Leeds squad if he joined as the attacking areas could do with strengthening. The Whites attacker failed to provide enough goal threat last season, but the Man City excels in that area of the pitch.

In other Leeds transfer news, an international attacker has reached a decision after interest from the Whites.