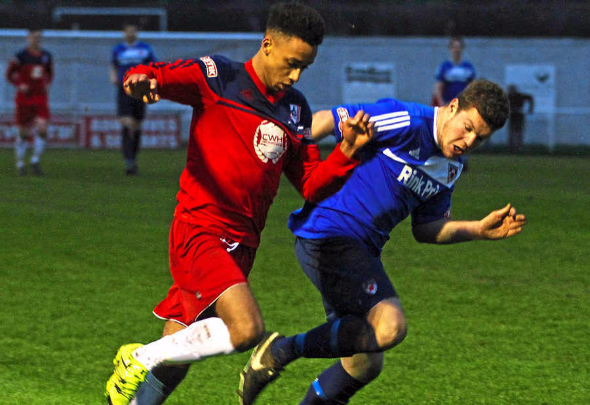 However, according to former senior Sky Sports reporter Graeme Bailey, as claimed on his personal Twitter account, the defender will be spending time with Arsene Wenger’s side.

Non league starlet Cohen Bramall, who has trained with Sheffield Wednesday and Crystal Palace in the last month, is to train with Arsenal.

Bramall is predominantly a left-back, but he can also perform as a left sided winger.

He would add to a position that the Gunners are currently struggling with if he was to join the club permanently.

Current left-back Nacho Monreal is considered one of the weak links of the current Arsenal back four.

Meanwhile, his backup Kieran Gibbs has played just 12 times in all competitions this season and fans are expecting that his time in north London is coming to a near end.

Now Bramall is unlikely to be the player to come in and shore up Arsenal’s defence, but he could be nurtured into a star of the future.

The young starlet particularly rose to fame earlier this season with a stunning rabona cross against Frickley Athletic to set-up a goal.

Top flight club’s picking up players who have dropped down to non-league has now become a common thing in English football following the recent emergence of Jamie Vardy and Rickie Lambert. Bramall won’t be the player to immediately displace Monreal, while helping the club to end their 12-year wait for a Premier League title. However, he could develop into  first team star. All young player signings are risks no matter where they are signed from, while Arsenal are apparently also having a look at Bramall first. Therefore, he could prove to be a very smart piece of business with little mention of a fee involved.