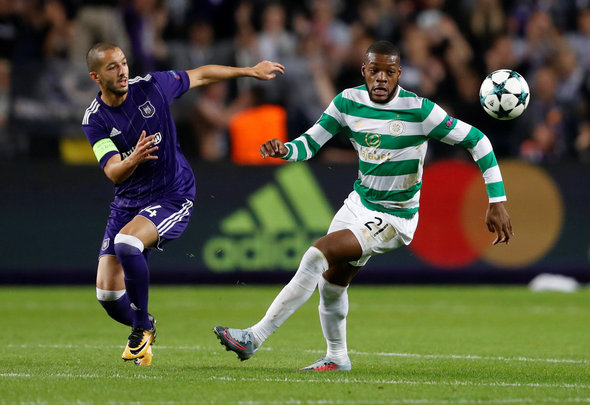 Some of Celtic boss Brendan Rodgers’ decisions in his team selections have been quite odd this season, most recently his non-selection of summer signing Olivier Ntcham.

The 22-year-old, who cost £4.5million from Manchester City in the summer, has had an excellent first season in Glasgow, culminating in a man of the match display in the 3-2 win over Rangers at Ibrox.

Bizarrely enough though, the Frenchman, after turning in such an imperious display in the biggest league match of the season, has been left on the bench for two of the Bhoys’ league games since then.

It really is quite odd when you consider that the likes of Dedryck Boyata, who has been very poor since returning from injury, has been given chance after chance, whilst Ntcham is on the bench after a good season so far for the Bhoys.

The Hoops play far better with Ntcham in the side, and his partnership with Scott Brown has proved to be vital in some of the Hoops’ best results of the season so far, and they should be reunited in midfield as soon as possible.

Hopefully the Hoops boss will realise his mistake and restore the Frenchman to the side for Sunday’s trip to Hamilton, and of course he should retain his place in the team for the following week’s Scottish Cup Old Firm semi-final.

Ntcham really does deserve better, and he should be a starter from the rest of the season onwards.

In other Celtic news, fans were upset with one player’s display v Dundee