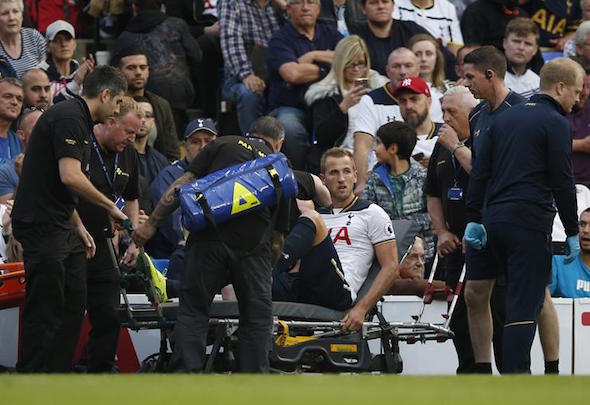 Erik Lamela is set to replace Harry Kane in the Tottenham side during his absence with ankle ligament damage, according to a report.

The Telegraph claim that the Argentina international is in line to spearhead the Spurs attack along with Son Heung-Min and Dele Alli while Kane is out for a period of around one month.

It is said that Kane, 24, has privately not ruled himself out of making a quicker-than-expected return for Spurs’ trip to Chelsea on 1 April, which comes immediately after the forthcoming international break.

But Mauricio Pochettino will need to make alterations to his attack starting with Saturday’s FA Cup quarter-final clash against Swansea City at the Liberty Stadium.

Lamela’s energy, desire and technical ability make him a key squad man at Tottenham. But even his biggest supporters would admit he is no Kane. He is certainly not a prolific scorer, registering just a single goal for Spurs in the last 18 months, which came against League Two minnows Newport County. Sure, the Argentine was sidelined for a year after undergoing double hip surgery, but his 23 appearances since his return have showed clearly he is creator rather than scorer. It is likely that Lamela and Alli will play just off Son, who has netted seven goals in his last four matches and has 18 for the season. He is good enough to carry the scoring burden in the absence of Tottenham’s goal king.