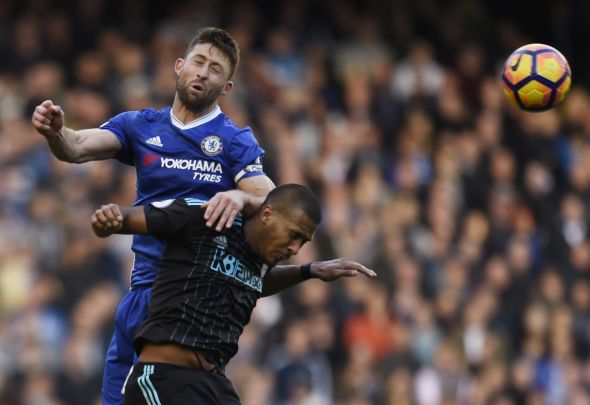 Preferring a playmaker role to central midfield as his legs go, Spain international and former Arsenal star Cesc Fabregas could leave Stamford Bridge next month. Antonio Conte plays without a No10 in his side and, given that the system continues to work wonders, the manager is unlikely to change it in the near future. That means that a place in the side for Fabregas is unlikely, as he continues to make intermittent appearances and cameo roles from the bench. The Spaniard was axed on Sunday as fit-again Nemanja Matic was restored in central midfield alongside N’Golo Kante. Without a regular place in the side, Fabregas could leave in January before his career begins to stagnate.

Cahill getting back on track

The 30-year-old has struggled since Chelsea’s dismal season last term under Jose Mourinho, and was largely left out of the side for John Terry and Kurt Zouma. However, Cahill has completely turned his West London career around and proved that with his ninth clean sheet of the season in just 18 league and cup fixtures. Two last-ditch tackles as West Brom pushed for a point were of vital importance, as Cahill continues to shake off his inconsistencies and demonstrate his transformation under Conte. Another top 90 minutes for Cahill, which will delight both Antonio Conte and Gareth Southgate.

Conte has started a fashion

Chelsea’s sparkling form under Conte’s system  is beginning to inspire other sides to copy them. The likes of Victor Moses, Pedro and N’Golo Kante provide pace all over the pitch that allows the players to cover as much space as possible. Defensively, Chelsea have been in superb form with nine clean sheets in all competitions, which has disbanded the belief that playing a back three is deemed as risky. Up front, Eden Hazard and Pedro have brought the best out of striker Diego Costa, who scored his 12th goal of the season while Nemanja Matic is a completely different player compared to lasts season.

In other Chelsea news, here are the player ratings from the 1-0 win.