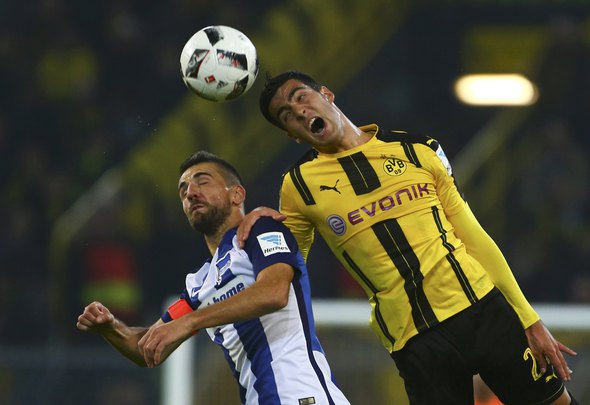 Newcastle are reportedly close to confirming a deal for Borussia Dortmund ace Mikel Merino, in a move that only adds to the Toon’s overcrowded midfield options.

Sky Sports reported earlier this week that the 21-year-old midfielder is undergoing a medical on Tyneside and is expected to be announced as the club’s fifth summer signing.

It is said that the Spain youth international will join the club on a season-long loan with a view to a permanent deal, just a year after joining Dortmund from Spanish side Osasuna.

Benitez’s activity in the transfer window is beginning to gather momentum after completing the signings of Jacob Murphy and Javier Manquillo this month, who join Florian Lejeune and Christian Atsu in putting pen to paper with the Magpies.

However, Merino’s arrival should force a handful of departures from the club.

Football Insider considers three midfielders currently on the fringes at St. James’ Park that Benitez must consider selling to make room for Merino, including a 30-year-old that was inconsistent last season: