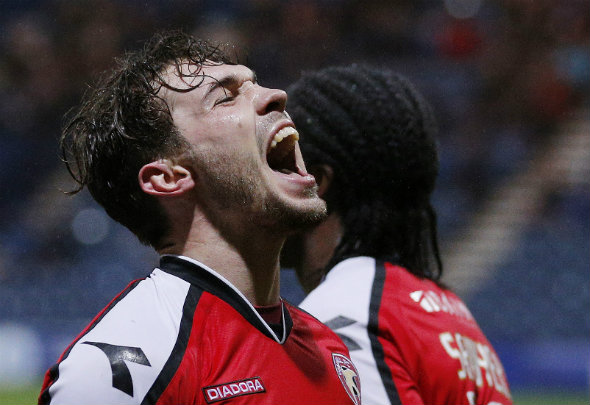 Rangers have fallen behind in the race to sign Tom Bradshaw after Barnsley tabled a bid for the player, according to a report.

The Walsall striker has bagged 20 goals in successive seasons for the League One side and has entered the final year of his contract at the club.

However, The Express and Star claim that has not stopped Walsall from slapping a £1million price tag on the 23-year-old as they hope to spark a bidding war among his suitors.

Barnsley have confirmed they have made a bid for Bradshaw, but it is believed that offer has been rejected.

“We’re looking at a lot of players for next season, but Tom [Bradshaw] and George Moncur are two players we’ve put bids in for,” said manager Paul Heckingbottom speaking to the Express and Star.

It is believed Walsall rejected a bid of £400,000 for the striker and with Barnsley confirming their offer they could be that unnamed club.

Barnsley are thought to be willing to up their offer to £500,000, but Walsall are said to be holding out for at least double that amount.

Bradshaw could quit in 12 months time once his contract expires, but Walsall would be subject to a tribunal fee if he did.

As technically a foreign club under Fifa regulations, Rangers would have to pay just £250,000 in compensation to Walsall for Bradshaw, while an English club such as Barnsley would have to fork out a much higher fee for his services.

Rangers may look to convince Bradshaw to remain at Walsall for another year and join them next summer, but his club would much prefer cash in on him now after he made it clear he would not be signing a new contract.

In other Rangers news, fans react to the announcement that the Gers will face Celtic on New Year’s Day.