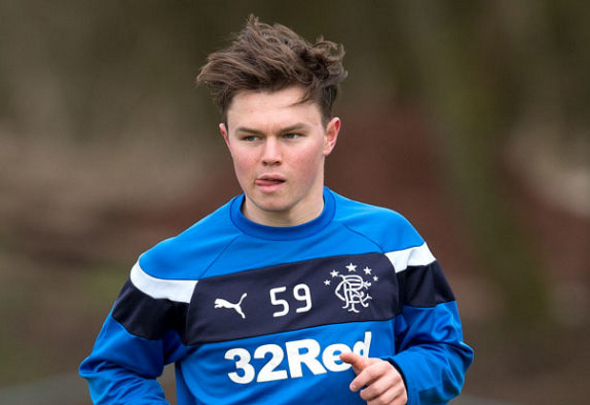 Rangers winger Glenn Middleton had an impressive Toulon Tournament with Scotland as he burst onto the scene for the Scots’ Under-21s side – and Gers fans are desperate to see him in the first-team squad at Ibrox.

Middleton made the most of his first call-up to the Under-21s by helping Scot Gemmill’s side to a fourth-place finish in the prestigious tournament.

The teenager has been winning rave reviews in the Gers’ Academy and fans want to see him rewarded for his performances with a spot in Steven Gerrard’s first-team squad when the Light Blues return for pre-season training.

Middleton revealed he is “looking forward” to pre-season training on his personal Twitter account – leading one Gers fan to say the former Norwich youngster is proof of how “bright the future is” for the Light Blues.

Good time away with the 21’s at the @TournoiToulon ! Looking forward to pre season next week now🙌🏽 pic.twitter.com/qg2wW4xU1h

Hopefully getting some game time this season Glenn🇬🇧

Hope you get a chance with the first team this season, an exciting prospect to watch and shows how bright the future is for our academy!

Middleton joined the Gers from Norwich on deadline day in January but has yet to be involved with the first-team on a match-day yet.

The winger was a constant source of goals for the Light Blues in the second-half of the season as they continued their Games Programme against elite youth sides from across the UK and Europe.

The 18-year-old has two years remaining on his Ibrox deal as he looks to make the step up to the first-team side sooner rather than later.