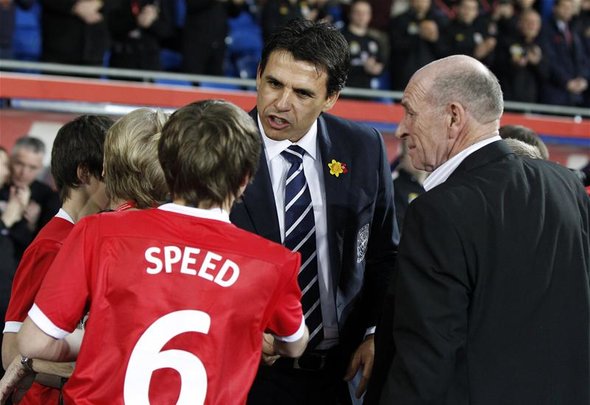 Leeds legend Gary Speed would have been 47 today, and tributes have flooded in on social media to celebrate the former Wales manager.

Speed passed away in November 2011 and was held in high regard by the football world.

Several Twitter users took the opportunity to pass on their thoughts and best wishes, while others fondly remembered his character and sporting achievements.

Here is a collection of some of the Tweets:

"Gary Speed" Happy birthday to a true great. Legend for us. #lufc

Speed, who enjoyed spells with Leeds, Newcastle and Bolton, finished his playing career with Sheffield United before moving into management.

The Welshman first took over as boss at Bramall Lane before opting to manage his national team in December 2010, a position he held until his death 11 months later.

Speed remains the most capped outfield player for Wales and the second overall, having appeared 85 times at senior level between 1990 and 2004 for his country.

The brilliant midfielder was seldom hampered by injury and at one time held the record for the most Premier League appearances, 535. At the time of his death only David James and Ryan Giggs had played more Premier League games.

Speed was appointed a Member of the Order of the British Empire (MBE) in the 2010 Birthday Honours for services to football.