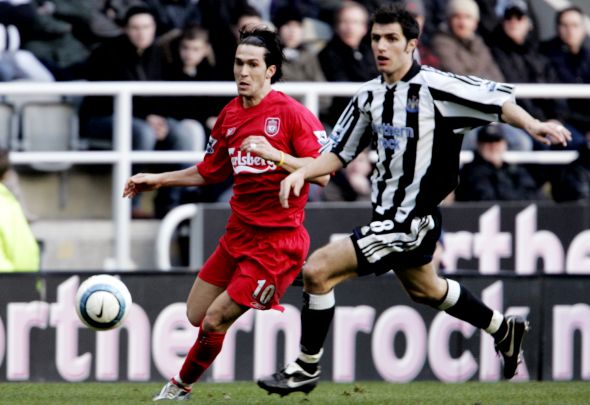 Aaron Hughes believes Newcastle have a strong chance of avoiding Premier League relegation next season because of the St. James’ Park effect.

Hughes, 37, spent nine years on Tyneside after coming through the Magpies’ academy after making his debut against Barcelona in a 1-0 Champions League defeat in 1997.

On international duty with Northern Ireland, the Hearts veteran believes his former side are back where they are supposed to be and could beat the drop if they perform at home.

Speaking to Sky Sports News (Monday, 9am), Hughes also heaped praise on the Toon’s support after they gained promotion at the first attempt from the Championship as league winners.

“Newcastle are a Premier League club,” Hughes said. “Everything about it, they’re back where they belong. St.James’ Park is always a hard place to play when you’re the opposition.

“The fans, the support, the size of the stadium always makes it difficult to play against. In that respect, Newcastle will always have a great chance – especially at home.”

Newcastle gained an instant return to the top flight of English football after suffering relegation in 2015-16, joining Brighton and Huddersfield in the Premier League next season.

Manager Rafa Benitez is set for a busy summer transfer window in order to sign the right players that can keep his thin Toon squad in the division.

Newcastle have already confirmed their first signing of the summer by bringing Chelsea winger Christian Atsu to Tyneside on a permanent basis, following his season-long loan last term.

Playing for eight years with the Toon’s first team after his debut, Hughes made a huge 248 appearances in all competitions before moving to Aston Villa.

In other Newcastle news, the Toon are keen to offload this £35,000 a week flop.