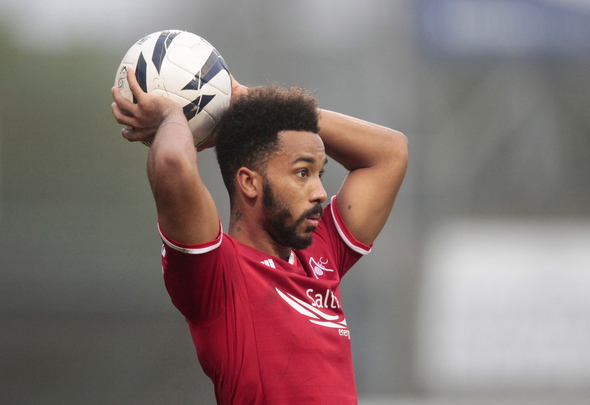 Aberdeen star Shay Logan has insisted that finishing second in the Scottish Premiership ahead of Rangers is a “win” for the Dons thanks to the resources at the Gers’ disposal.

The Dons secured second after winning at Celtic Park for the first time in 14 years on Sunday and end Brendan Rodgers undefeated home record since taking charge of the Hoops in 2016.

Logan said the Dons “hold (their) heads high” after securing second for the fourth consecutive year despite the Gers’ challenge.

“Live, Laugh and Love. When people don’t want to see you win, make sure you win and second spot against the money and resources others have is a win so we hold our heads high and smile my team is Aberdeen and I roll with them hate it or love it we still gone shine have a blessed break,” Logan posted on his personal Twitter account.

LIVE LAUGH and LOVE. When people don’t wanna see you WIN make sure you WIN and 2nd spot against the money and resources others have is a WIN so we hold our heads high and smile my team is ABERDEEN and I role with them hate it or love it we still gone shine have a blessed break 😘 pic.twitter.com/RY3tmmAytN

This is where the difference between Rangers and Aberdeen becomes evident. While Rangers fans are crestfallen at finishing third and are desperate to see their side beat Celtic and lift the title, Aberdeen celebrate coming second and are more worried about the team in third than the team in first. It’s little surprise that the Scottish title has been dominated by the Old Firm when teams seem happy coming second to Celtic but are utterly desperate to finish ahead of Rangers. Perhaps if the Dons – like Rangers – didn’t bottle it in so many big games they could have actually mounted a challenge to Celtic over the course of the season. Then again, When the stated aim was already to beat Rangers and leave Celtic to it, it isn’t a big surprise. Maybe one day they’ll give out trophies for not actually winning anything but almost getting there.

‘Could be the difference’ – Exclusive: Pundit reacts as ‘Big club’ move to sign Rangers player