Alan Hutton admits it would be “absolutely ideal” if Rangers can sell Alfredo Morelos for a big fee and get cash in hand this summer.

Speaking exclusively to Football Insider assistant editor Russell Edge, the former Gers defender believes Steven Gerrard could significantly improve his side by offloading the Colombian for a “massive” profit

As revealed by Football Insider, the Gers are in advanced talks with Lille over a £17million deal and Morelos is understood to be keen to join the Ligue 1 outfit.

The French side are in the market for a new striker as they prepare for Victor Osimhen to join Napoli this summer.

Hutton suggests that if Morelos does not want to remain at Ibrox then selling him and getting a big-money fee up front is exactly what Rangers need to do.

Hutton told Football Insider: “This is exactly it, if you’ve got a player that doesn’t want to be there and you’re going to make a massive profit and you’re able to reinvest in the squad, it’s absolutely ideal.

“Rangers will get to use that money and obviously they’ll need to bring in a striker, that will be their main target and then they can strengthen in all areas if need be.

“I think as long as the fee is fair – clubs nowadays aren’t silly, they’re not going to overpay really, in this market, so if they find the fee to be fair then I’m sure they’ll have the money to spend.

“I can’t imagine Rangers want a payment plan over X amount of years, they’ll want it up front so they can reinvest it in their own squad so it’s an ideal situation to get that money they’re looking for.” 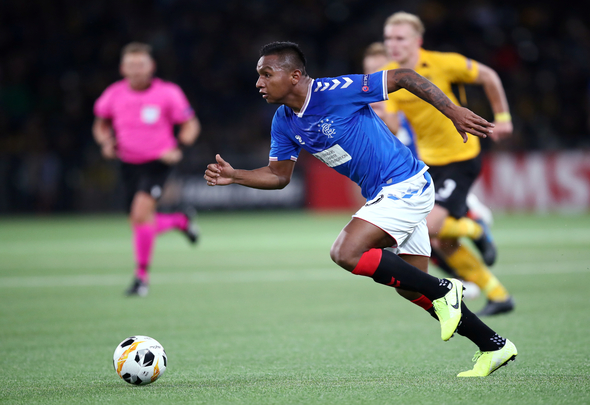 Morelos scored 29 goals and contributed 10 assists for Rangers last season as they finished second in the Premiership and reached the Europa League round of 16.

However, only one of his strikes came after the winter break in Scotland.