Kevin Phillips heaped praise on Leeds United after the newly-promoted side recorded 48 shots over their last two matches.

The former England international, speaking exclusively to Football Insider correspondent Dylan Childs, said the stat was “absolutely incredible” and speaks volumes for a team that has “settled into the Premier League so well”.

The Athletic revealed Marcelo Bielsa’s side have created the most chances in the Premier League this season, while only Premier League champions Liverpool have a better expected goals-per-game average. 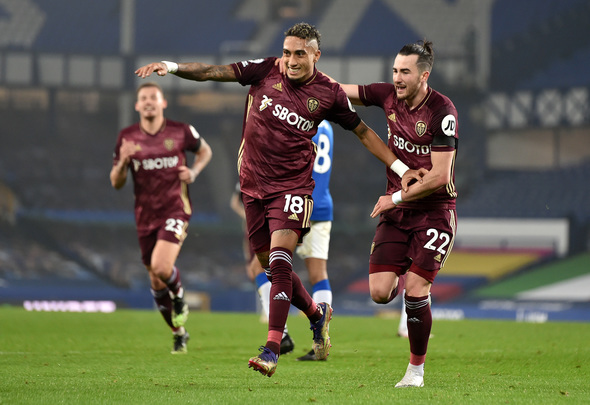 A goalless draw at home to Arsenal and a 1-0 victory at Everton last week saw the Whites attempt a combined total of 48 shots.

The club’s top scorer Patrick Bamford has scored seven goals in 10 appearances this term and would’ve been disappointed not to have added to that total at Goodison Park on Saturday.

When asked by Football Insider for his thoughts on Leeds’ offensive statistics from the 2020/21 campaign, Phillips said: “It is incredible, absolutely incredible.

“The plaudits those players and managers are getting are more than deserved.

“They have settled into the Premier League so well and that is without Elland Road being full. They have been in every game this season.

“I have a team every season that I look forward to watching and make time to watch and this season, that team is Leeds. I absolutely love watching their energy, work rate and technical ability.”