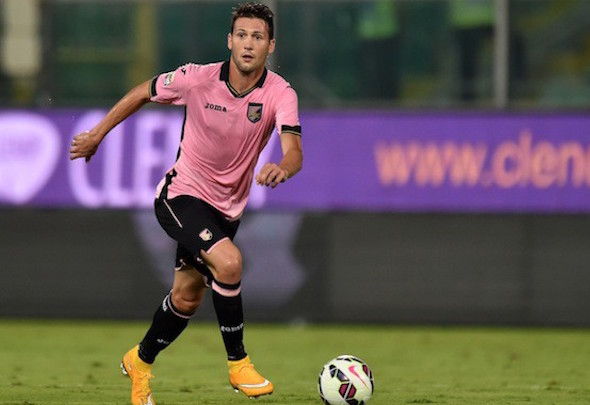 Tottenham face the prospect of losing out on a second key target in consecutive days as AC Milan try to sign Franco Vazquez, according to a report.

The Palermo playmaker has been heavily linked with a move to White Hart Lane this summer and has publicly spoken that he expects his future to lie away from the Sicily.

Sky Italy journalist Gianluca Di Marzio has claimed on his website that Milan have now entered the race for the 27-year-old despite the fact the club are currently without a manager.

This comes after Spurs learned on Tuesday night that Wolfsburg have been given permission by AZ Alkmaar to hold talks with Holland striker Vincent Janssen.

AZ Alkmaar permitted Tottenham to speak to their star striker last week as talks centred on a £12million deal but it appears that an agreement is a long way off between Spurs and the player.

Vazquez was in fine form for his club in 2015-16 with eight goals and six assists in 36 Serie A appearances.

Caretaker coach Cristian Brocchi and former Empoli manager Marco Giampaolo are the two main candidates for the Milan post and the club are confident either manager would be happy with the addition of Vazquez, so have made contact with Palermo over a deal.

Negotiations are reportedly ongoing between the two clubs and claims that Tottenham were readying a £10million bid for the £20million-rated midfielder have so far gone unconfirmed by Palermo.

Vazquez still has three years to run on his current contract and Palermo are believed to have no interest in any bid below the £20million mark for their star player.

In other Tottenham news, Spurs have offered a contract to a youngster they believe can be as explosive as Marcus Rashford next season.