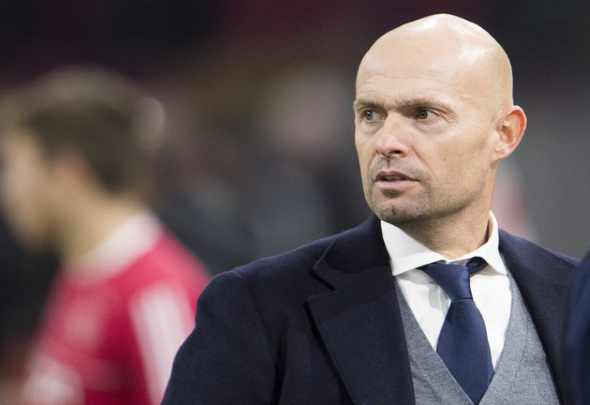 Former Ajax manager Marcel Keizer wants to take over at Ibrox in the summer if Rangers decide not to renew Graeme Murty’s contract, as confirmed by the Dutchman”s agent.

The European manager was sacked by the Dutch giants in December after only six months in charge.

Keizer’s agent has confirmed his client would be “interested” in talking with the Gers over taking the reins should the Light Blue move to hire a new manager at the end of the season.

“If the club approached Mr Keizer then, yes, he would be interested in talking,” Keizer’s agent, Humphrey Nijman, told the Scottish Sun.

Keizer has also had spells in charge of FC Emmen, Telstar and SC Cambuur before moving to Ajax to take over their youth side then replacing Peter Bosz in charge of the first-team.

Murty has been in charge since October and could still win a new contract if his side secure second in the league and can lift the Scottish Cup.

Keizer would be a pretty left-field appointment and doesn’t seem to tick many of the boxes Gers fans are demanding from a new manager. With no track record of success or history of winning trophies, Keizer woud be a relatively big gamble at a time when the Light Blues really can’t afford one. Keizer would certainly have some positives to his appointment but it seems too much of a risk for the Gers to take as bitter rivals Celtic sit on the brink of a seventh successive Scottish title.