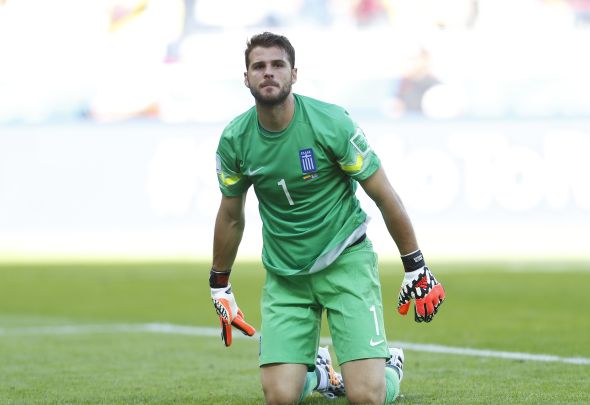 Newcastle United could potentially sign Udinese goalkeeper Orestis Karnezis during the summer transfer window, according to the player’s agent.

This follows up from a report in the Italian sports outlet Tutto Mercato Web which claimed that the newly-promoted Premier League side made an offer to sign the 32-year-old earlier this summer.

The goalkeeper’s representative Vasileios Panagiotakis, as quoted in Italian outlet Calcio Napoli 24, reveals that his client is destined for a move to the Premier League this summer and he has named Newcastle as one of the potential suitors.

“He’ll play for Watford, Newcastle or Crystal Palace,” he said.

“Links to Napoli are dead.”

Karnezis is a very experienced shot-stopper and he has also featured on the international stage, making a total of 42 appearances for the Greece national team.

The goalkeeper was an important part of the Udinese first-team last season, featuring in 34 appearances in all competitions and achieving a total of eight clean sheets in the process.

The Greece international’s current contract with the Italian outfit runs out in 2019.

The fact that the player’s agent has mentioned Newcastle in the list of potential clubs to secure the goalkeeper’s signature is a fantastic sign for the club. Karnezis is a goalkeeper with experience playing in the Europa League and Champions League and his presence in the changing room could potentially be a great asset for the younger members of the Newcastle squad. However, yet again, the Magpies appear to be pursuing someone without Premier League experience and there is the potential risk that if he is selected to be this year’s number one, he might struggle to adapt to the pace and physicality of the English game. Newcastle boss Rafa Benitez has shown great faith in current number one Rob Elliot and Karnezis’ arrival might be a move to him develop as a better goalkeeper. Only time will tell.