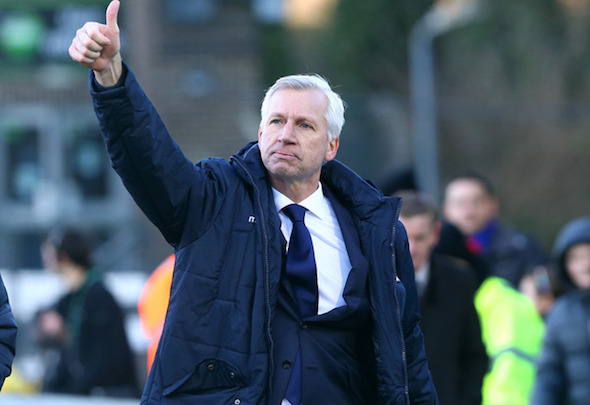 Alan Pardew has revealed that he wouldn’t be interested in the Sunderland job due to his links with their arch rivals Newcastle.

The Black Cats are on the search for a new manager after David Moyes resigned from his role following their relegation from the Premier League.

Meanwhile, Pardew is considered a rank outsider at 40/1 and has now ruled himself out of any potential move to the Stadium of Light.

“Being the opposite of Newcastle, I don’t think that’s the club for me,” Pardew told Sky Sports. “Sometimes when you have been a manager at a big club like that, to go to a rival is something I wouldn’t do so that wouldn’t interest me, but it is a great club and next year they really need to make sure they get back to the Premier League where they belong.”

Pardew has been without work since Crystal Palace sacked him in December and could be in line for a return to management with the likes of Sunderland, Leeds, Middlesbrough, Watford and Hull all searching for a new boss.

The 55-year-old previously spent four years with Newcastle and has subsequently ruled out a move to north-east rivals Sunderland.

The two clubs will avoid each other once again in the league next season as Sunderland drop down into the Championship, while Newcastle will enjoy being back in the Premier League.

Rafael Benitez managed to guide his side to the Championship title after some heavy financial investment in the summer and is now focusing on establishing his side back in the top flight.

In other Newcastle news, Aitor Karanka has predicted how the club will fare in the Premier League.