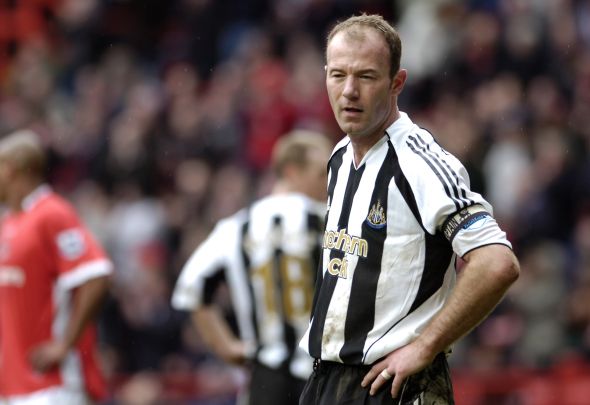 Alan Shearer has asked his former Newcastle teammate Tino Asprilla if has “sobered up yet” on Twitter, after the two teamed up on Sunday.

Shearer scored as he joined Asprilla in representing Newcastle’s ‘Entertainers’ side who drew 2-2 with Keith Gillespie’s Manchester United select on Sunday, in aid of the Toon legend’s foundation.

Four days after the match, Shearer asked Asprilla if he was still feeling the affects of a boozy after party on his personal Twitter account, as well as thanking the ex-Colombia international for taking part in the match.

Thanks for coming all that way to play. It means a lot. PS have you sobered up yet? 🍻🍺 https://t.co/cm6HFXHRNy

The game took place to raise money for the Alan Shearer foundation, which directly supports the Alan Shearer Centre in Newcastle. They deal with residential and social provision for people with complex disabilities and acute sensory impairments.

Asprilla, who also played for Parma and Brazilian giants Fluminense throughout his career, was a controversial figure at Newcastle, known for his partying and dramatic celebrations.

The winger moved to Tyneside in 1996 for £6.7million from Serie A outfit Parma, and went on to make 56 league and cup appearances for the Toon as well as scoring 16 goals during his two-year stay in the North East.

As well as 58 Colombia caps, Asprilla went on to play for eight other clubs after his time with Newcastle before retiring in 2004 aged 34.

In other Newcastle news, Ian Holloway has revealed this about Rafa Benitez.