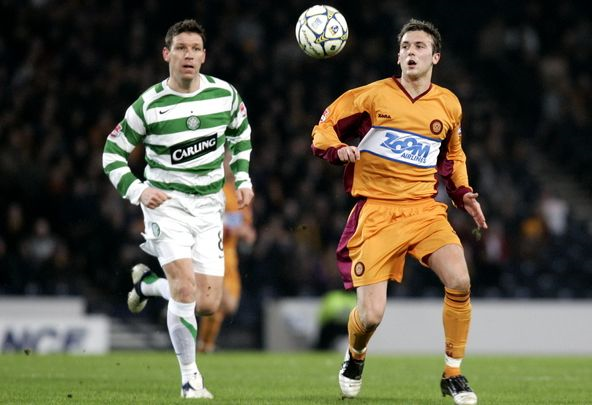 Celtic legend Alan Thompson believes Steven Gerrard has “all the attributes to be a top manager” as he prepares to take the reins at Ibrox on June 1st.

The Liverpool icon will take his first steps in management when he officially takes charge at Ibrox next month and former Celtic midfielder Thompson believes Gerrard will go into the job with his eyes open to the task facing him.

Thompson also claimed that he could tell when Gerrard was a player that he was destined for management thanks to him being an “inspirational leader.”

“It will be a tough challenge for him, it’s a big job at a huge club but he’s switched on enough to know what he’s taking on,” Thompson said, as quoted by the Scottish Sun.

“Sometimes you can see in a player that he’s going to become a manager one day — and I saw it in him.

“As captain of Liverpool, he was an inspirational leader, in a similar way to Scott Brown when you see how he can pull a game by the scruff of the neck.

“I’d think Brown will be one in the future to go down that route as well. I’m sure he’s learning a lot from Brendan Rodgers.

“But Stevie G already has all the attributes to be a top manager.”

Gerrard definitely has all the attributes that mean he is in a position to be a success in management and Thompson is right that he is “switched on enough” to not be walking into the Rangers manager’s job blind to the sice of task facing him. The Liverpool icon needs to hit the ground running when he takes over on June 1st and give himself the best possible chance of stopping bitter rivals Celtic from securing an eighth successive title. Gerrard as a player was one that always seemed destined to head into management and it isn’t a surprise to see him taking the leap so quickly after hanging up his boots as a player. While there’s no guarantee that Gerrard will be a success, his personality and background as a player mean he’s got a great chance to make a success of it and help the Light Blues end their eight-year wait to lift a major trophy as well as pushing Celtic for the Scottish Premiership.