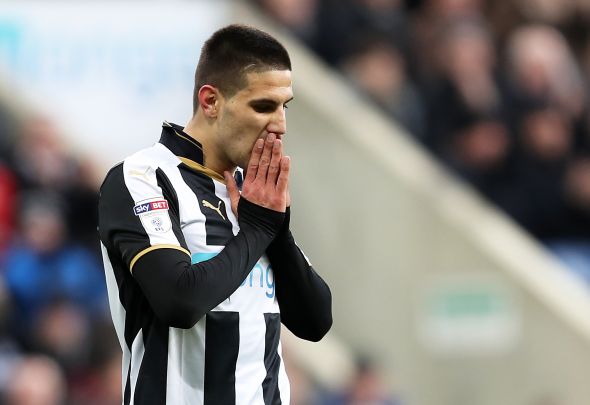 Newcastle forward Aleksandar Mitrovic believes he has become a much more calmer figure this season.

The 22-year-old moved to the Magpies last campaign and suffered relegation front the Premier League in his first taste of English football.

The Serbia international was renowned for his fiery edge ahead of his Newcastle switch and certainly lived up to that reputation, receiving two cards during last season.

He has managed to avoid any dismissals in the Championship and of focused on firing his side back to the top-flight.

Mitrovic has revealed he has become more calm on the football pitch this season and is a change character.

“I think now I am different because this season I am more calm on the pitch,” Mitrovic told Sky Sports. “I was aggressive and was sent off last season. Last season I did stupid things but this year I am more calm.”

Mitrovic is set to be involved in a crucial game on Tuesday night as second-placed Newcastle travel to table toppers Brighton.

Rafael Benitez’s side are just one point behind the Seagulls and will be desperate to clinch the title and automatic promotion this season.

They remain without star striker Dwight Gayle against Brighton, but Mitrovic will be desperate to seize the opportunity.

The striker has shown glimpses of his qualities this season and scored six goals in 23 appearances, despite completing 90 minutes on just five occasions.

In other Newcastle news, FIFA 17 has predicted the upcoming clash against Brighton.