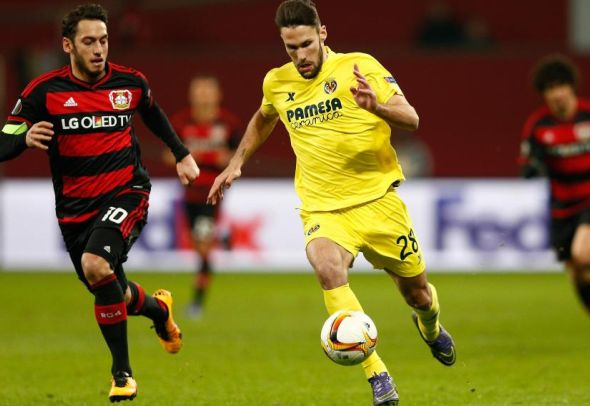 Alfonso Pedraza has revealed his delight on Twitter after securing a loan move to Leeds from La Liga giants Villarreal.

Pedraza, 20, has joined the Yorkshire giants on a temporary basis until the end of the season, with Leeds possessing the option to buy Pedraza permanently in the summer.

Posting on his personal Twitter account, Spain Under-21’s international Pedraza spoke of his joy to be part of such a “historic club” and wants to help the team “reach its objectives”.

I am delighted to be part of such a historic club like @LUFC ! Looking forward to start and help the team reach its objetives!#LUFC 💪 pic.twitter.com/qDaQ5M91NS

Spanish publication Marca claim that Garry Monk’s side must spend £8.5million at the end of the loan if they want to sign him permanently.

Handed the number 20 shirt, Pedraza is not available for Wednesday night’s clash against Blackburn after Leeds missed the midday cut-off point that would have allowed him to play.

However, Pedraza is expected to make his debut against Yorkshire rivals Huddersfield on Saturday, whether it be from the off or from the substitutes’s bench.

The Spaniard, who spent the first half of the season on loan at Spanish second division side Lugo, will rival Souleymane Doukara and Stuart Dallas for place on the left side of midfield.

Fans and staff alike will be hoping that Pedraza can push Leeds towards promotion and their first Premier League return since relegation from the top flight in 2003-04, as they sit in fourth.

In other Leeds transfer news, this playmaker is on Monk’s radar with the deadline looming.