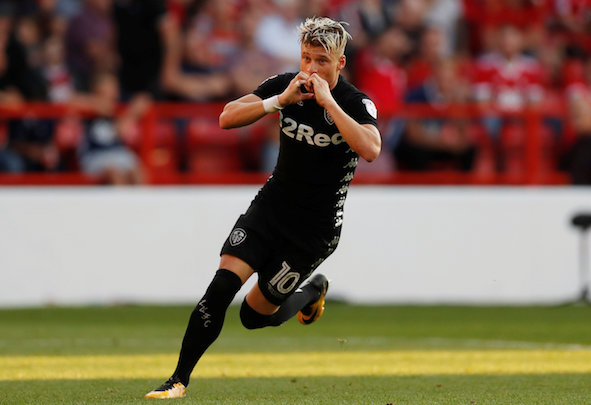 Ezgjan Alioski is convinced that Leeds United will finish top of the Championship this season.

The Montenegro attacking midfielder believes the Yorkshire giants have a “big team” and are capable of keeping their place at the league summit.

Asked during an interview on Friday afternoon if Leeds can stay top, as quoted by the personal Twitter account of Yorkshire Evening Post correspondent Lee Sobot, Alioski replied “of course” as he has seen such encouraging signs during his first two months at the club.

Alioski, asked if he thought #lufc can stay top: “Of course I believe. We have a big team. I see what we can do.”

The summer signing’s verdict will fill Leeds with hope as they prepare for Saturday’s Championship trip to Millwall.

Thomas Christiansen’s side leapfrogged Cardiff City to take first spot on Tuesday night in the wake of their 2-0 win over Birmingham City.

It was the fourth win on the trot and followed convincing victories against Sunderland, Nottingham Forest and Burton Albion.

Alioski has started six of their seven league matches and will be hoping to keep his place in the team for the New Den clash in the face of increasing competition.

In other Leeds United news, the Yorkshire giants and Newcastle United have made rival bids to sign a defender and he has now agreed a deal.