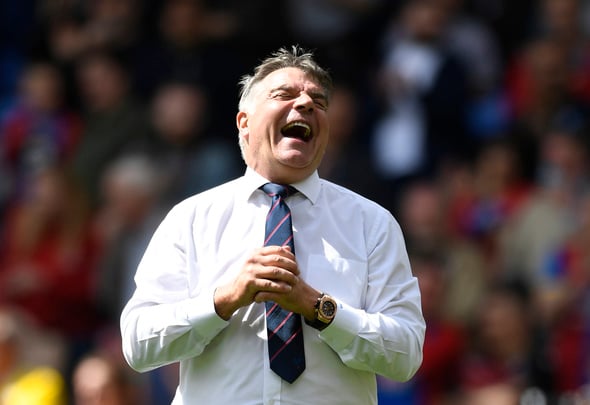 Everton manager Sam Allardyce has claimed that the expectations at Goodison Park are no different to when he was in charge at both West Ham and Newcastle United earlier in his career.

The former England boss arrived on Merseyside back in November to take over from Ronald Koeman and rescue the Toffees’ season after a dreadful start, putting pen to paper on a deal which would keep him with the club until the summer of 2019.

His arrival came after a summer of big spending in the transfer window, with the likes of Davy Klaasen, Gylfi Sigurdsson, Michael Keane and Jordan Pickford all arriving for fees in excess of £20million, while Wayne Rooney and Sandro Ramirez were further additions to the squad in what was expected to be a push for Europe.

Their spending continued into the January market, Cenk Tosun and Theo Walcott both signing to bolster their squad, but despite splashing the cash, they currently sit just ninth in the top flight table, and are closer to the relegation zone than they are sixth placed Arsenal in terms of points.

However, Allardyce has shockingly claimed that the club’s ambitions are more in line with his former clubs West Ham and Newcastle, both of which are fighting relegation this season, than those at the top of the table, which will frustrate fans considering their new arrivals.

As quoted by the The Guardian’s reporter Andy Hunter on his personal Twitter account, he said: “(The expectation at Everton) is the same as Newcastle and the same as West Ham.

“Everton have won a lot more in the past but the expectation is as big as at West Ham and Newcastle.”

Allardyce and his men will be hoping to pull away from those at the bottom of the table on Saturday, when they visit Burnley knowing that victory would put themselves level on points with the Clarets.