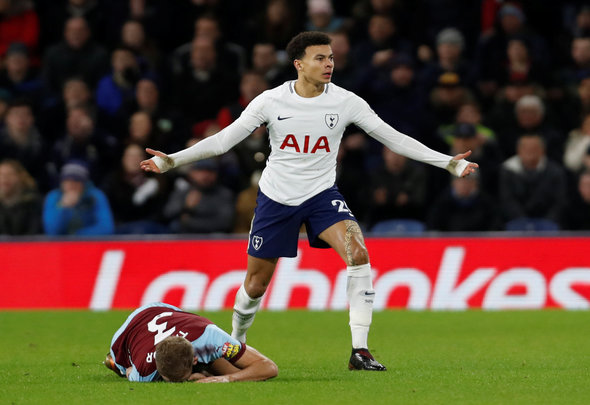 Dele Alli has lost his place in the England team because he is “immature” and can be “too individualistic”, according to a report.

The Times claim the attacking midfielder, 21, has antagonised manager Gareth Southgate with his conduct and that Tottenham boss Mauricio Pochettino also has “concerns” despite recently hailing him as the best player of his age in the world.

It is said that Alli has not created a good impression with the England coaching staff during the get-together over the last 10 days and that he was axed from the starting XI against both Holland and Italy do to his conduct in practice.

The Times report that Southgate believes Alli “can be too individualistic” and is “unhappy with his immature behaviour on the substitutes’ bench” during England’s 1-0 win over Holland last Friday.

Those close quarters remarked that he appeared to be giggling and messing around rather than watching the game, and there is a sense that he struggles to conform.

Many Spurs fans will not only be unconcerned that Alli had his feet up for an end-of-season friendly but also delighted that he was wrapped up in cotton wool ahead of Sunday’s Premier League clash at Chelsea and a run-in that includes the FA Cup semi-final against Manchester United. However, that would be ignoring the warning signs of what is a genuine concern of the player’s club and international manager about his attitude and conduct. Truth be told, it is not a major surprise. Alli’s temper and penchant for diving have always suggested he does things his own way and is not always willing to conform. That is fine, as long as he is delivering the goods, and doing what is best for the team. He has been doing neither for Spurs or England of late. Alli needs to raise his game for club and country.