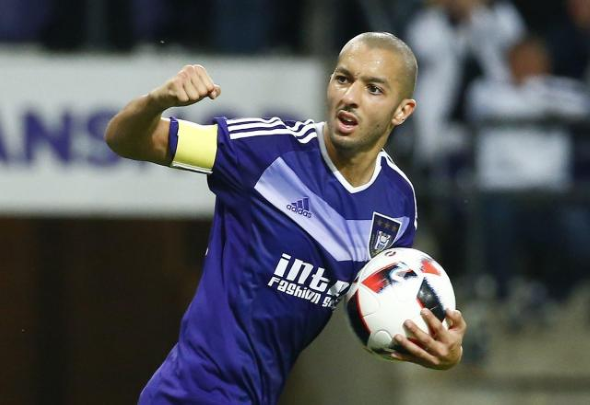 Anderlecht captain Sofiane Hanni has claimed Celtic are not a better team than the Belgians ahead of the sides clashing in the Champions League on Tuesday.

Brendan Rodgers’ side beat the Belgians 3-0 in Brussels earlier in the campaign and the Belgian champions need to at least match that scoreline to secure a place in the Europa League after Christmas.

Anderlecht are yet to pick up a point in the Champions League this season and star player Hanni hopes they can at get at least one point on the board before the group stage draws to a conclusion.

Hanni believes that despite the result when the two sides met earlier, the Scottish champions aren’t a better side than Anderlecht and hopes to show that in Glasgow on Tuesday night.

“Really, it would be so unjust in this group if Anderlecht finished without a point,” Hanni said, as quoted by the Daily Record.

“We’re not as bad a team as results would suggest.

“Celtic are not superior to Anderlecht and that’s why we want to win in Glasgow.

“This will probably be our goodbye to Europe for this season so the players are focused on getting a positive result.”

If Celtic can avoid losing by 3-0 or more, it will see the Hoops secure the Europa League spot for themselves and seal a third-place finish in the group.

Rodgers’ side had the ideal preparation for Anderlecht’s visit, strolling past Motherwell 5-1 at Celtic Park after a hat-trick from Odsonne Edouard and a James Forrest brace.

It was the Hoops’ third meeting with the Steelmen in a week and Rodgers’ much-changed side made light work in a dominant display.